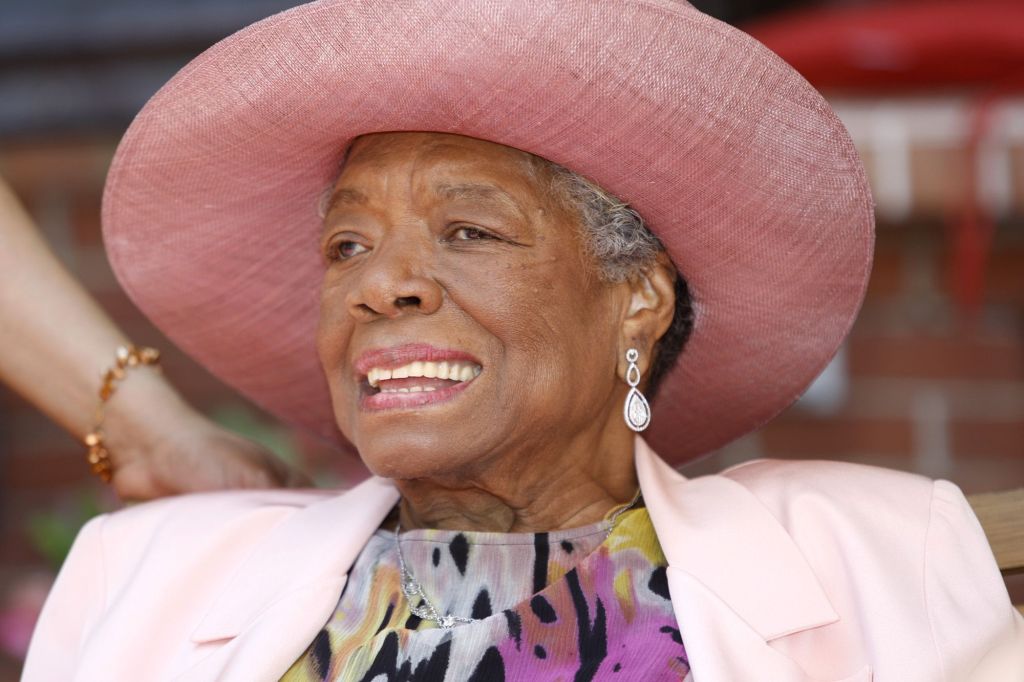 In 1994, just before Christmas, I embarrassed myself, just a little, at Maya Angelou’s house.
She had made a great big, delicious lasagna for her students, and I served myself a large portion.
“That’s too much, Mr. Post,” she said. “You don’t need to eat that much.”
She was right. I put some back.
After all, I was almost 20 years older than the other students in the class. I had a slower metabolism and a bigger waistline. And I do eat too much.
This was the final class of the semester and Dr. Angelou had invited us to her house for dinner and an evening of reciting poetry.
I was a student in that class, and that’s a key distinction. Student. I was not a fan, and she made sure of that.

She was a renaissance woman, an American superstar of performance, letters, education, transformation and wisdom. I had her books. I was at Clinton’s inauguration, with a real ticket, close enough with binoculars to see her stun the nation with her grace and artistry as she delivered her poem, “On the Pulse of Morning.”
And, thanks to an invitation from Laura Godfrey, Robert Jones and I went to Wake Forest one summer afternoon in 1994 and saw her speak to a group of Japanese exchange students.
After her talk she signed autographs. I did not ask for the autograph. I asked her if I could be in her class in the fall semester.
She said yes, if I would be there as a student, not as a fan.
I agreed, and she held me to that agreement.
It was a weekly class, on Tuesdays at 3 p.m. Each week, we were assigned a book to read and a paper to write. I read each of them twice. Dr. Angelou asked a lot of questions, and she did not wait for me to raise my hand. She made sure the older guy in the room was there as a student, not as a fan.

The first day of class, she went around the room and played the name game. It only took one round for her. She knew all of our names immediately. Then it was our turn.
There were 40 students in the class. I thought this was a bit unfair. Many of the students already knew each other. Of course I didn’t say that. It would have carried no weight at all with Maya Angelou. She was tough as nails and had earned the right to be so — while at the same time she personified, and gave language to, a personal and global stand for compassion and forgiveness and respect.
In those fresh and heady days after the exciting Clinton victory of ’92, there was a lot of possibility aflutter. She had been a star at the inauguration.
She joked that Nelson Mandela, just elected president of South Africa, had asked her out. She got a huge laugh from the class when she described herself reprimanding him, because he was “still married to Winnie.”
She brought in a substitute professor from another university so she could go to Los Angeles and shoot the movie, “How to Make an American Quilt.”
“He’s shooting around me so I only miss one class,” she said.
She often said that she loved teaching so much that if she had become a teacher before she had become a writer, she never would have become a writer.
The course was The Philosophy of Liberation. We read and discussed books like Virginia Woolf’s “To the Lighthouse,” Federico García Lorca’s “The House of Bernardo Alba,” Arthur Miller’s “The Crucible” and more.
That December evening, after the salad and garlic bread and lasagna, with Wake Forest students feeling the weight of exams and me, the oddball teacher from Salisbury, hoping I would remember the poem I had memorized, we all gathered in the living room of this wonderful, generous woman. One by one, each of us took our turn at the front of the room.
That was our final exam. Enjoy a meal at her house, memorize a poem of our choice, and give it to the class.
I memorized Shelly’s sonnet, “Ozymandias,” 14 lines in iambic pentameter. It was a challenge but a safe choice, and fairly typical for the evening.
There was a young man in that class with a physical handicap that affected his voice and required him to read, in a labored fashion, one word at a time, with one eye barely an inch from the page, bearing down on it with a magnifying glass.
I’ll never forget the moment when he came to the front of the room.
“What’s your poem?” she asked.
“The Love Song of J. Alfred Prufrock,” he said.
“The whole thing?” she asked.
“Yes,” he said. There was no hesitancy.
I remember thinking, “Can he do that? Is he going to be all right?” I had suffered for a week learning 14 lines. Prufrock is 131 meandering lines that take all kinds of odd twists and turns.
He delivered it from the heart. He was Prufrock. It was one of the most authentic, moving, powerful experiences of my life.
Dr. Angelou had created the perfect space for that young man to transform who he was that night. He ambled to the front of the room as a kid with special needs. When he took his seat a few minutes later, he was an engaging, magnetic, delightfully giving human being.
I’m so sorry to hear this loving, graceful, remarkable woman has passed away, and I regret that I never made an effort to contact her since then. She said we were not her students in that class only, but students of hers for life. And that’s true. With her legacy, we were, and are, students of hers for life. I cherish the memory of that class, am grateful for it and, like millions of people around the world, am extraordinarily honored to have known her.

Sam Post lives in Salisbury and has a blog at sampost.com.