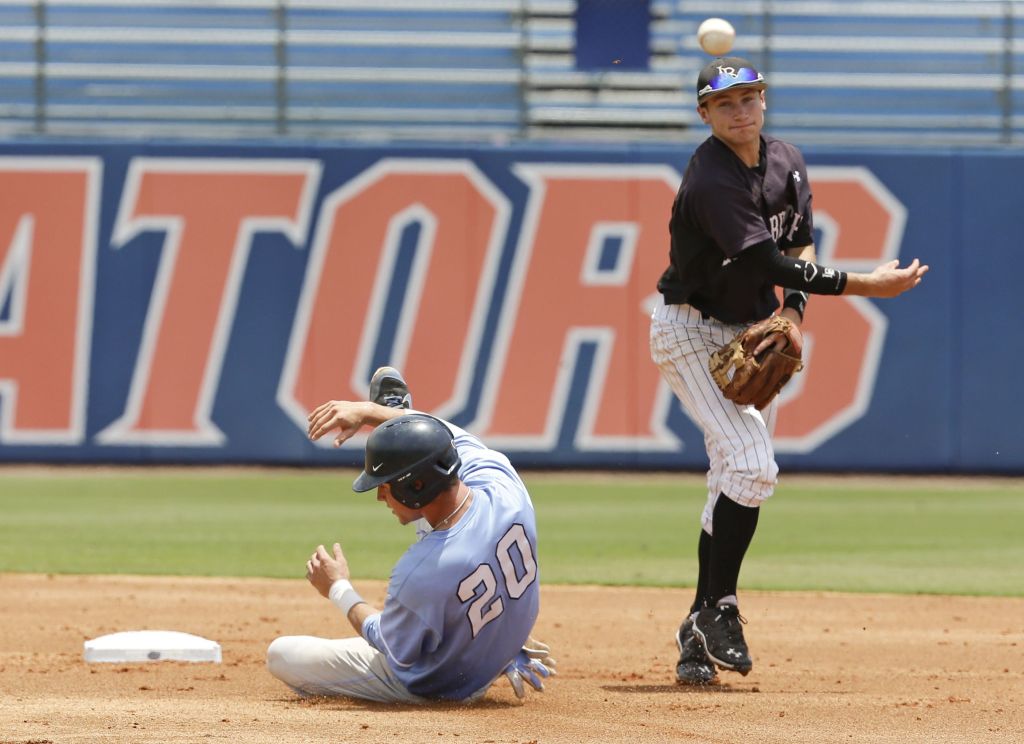 GAINESVILLE, Fla. — Eric Hutting and Carlton Vaughn had two-run hits in the fourth inning to lead Long Beach State to a 6-1 victory over North Carolina on Friday in the opening game of the NCAA baseball Gainesville Regional at Florida’s McKethan Stadium.
After being retired in order in their first three at-bats, the Dirtbags (33-24), batted around in the fourth against Tar Heels starter Trent Thornton (7-4), scoring all of their runs and on all of their five hits.
Hutting drove in two with a single to left and Vaughn followed with a two-run double in the left-center gap against relief pitcher Trevor Kelly.
Long Beach sophomore Andrew Rorhbach (7-2) didn’t allow a run until the ninth. He gave up seven hits and did not walk a batter in eight and one-third innings.
Long Beach plays the Florida-College of Charleston winner; North Carolina (34-26) plays the loser.