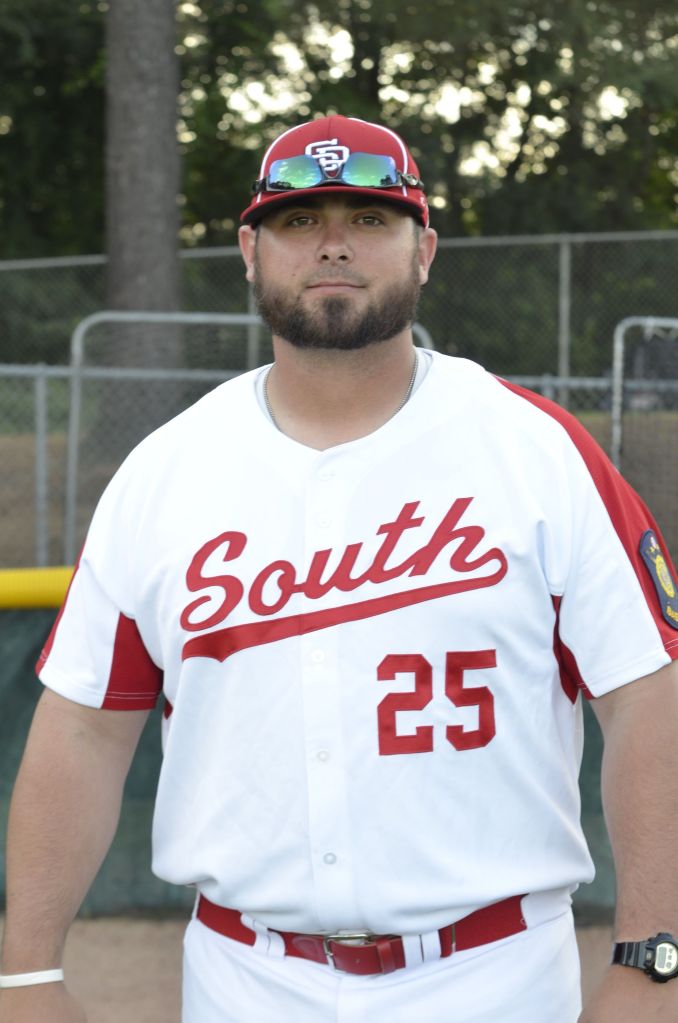 MOCKSVILLE — What a difference a day makes.
Just 24 hours after suffering through a 14-2 mercy rule loss to Mocksville, the Southern Rowan legion team rallied from behind in the sixth inning at Rich Park to claim an 8-7 win over Post 54.
Trailing 5-2 in the top of the sixth after two quick outs, Southern suddenly came to life when they paraded 10 batters to the plate, strung together four clutch hits and plated five runs. It was simply a matter of not giving up.
“That was a point of emphasis tonight,” winning coach Ben Hampton stated. “We battled back, put the ball in play and made them make plays. We we made mistakes we didn’t let them snowball on us.”
Appropriately the key hit in the rally was a two run single by Bo Corriher to give the South team a 7-5 lead. It was redemption since he was the losing pitcher in Wednesday night’s loss.
“I was just waiting on a fastball to hit the other way,” Corriher said. “ I was trying to hit the ball hard and it happened to go that way (right field). It did the job.”
Young lefthander Blake Johnson claimed the win with 6 1/3 innings of work before leaving with 91 pitches. Chase Labbe came on to pitch out of a couple of jams and hold the lead. Then Colton Laws made his legion debut by hurling a perfect ninth for the save. The big righthander, headed for ECU, made quick work of the heart of the Mocksvile order.
“I knew they had the middle of the order up so I was just trying to keep everything low around the knees,” Laws said. He needed less than 10 pitches to preserve the one run lead.
Mocksville starter Michael LaLonde left with a 5-2 despite six walks, thanks primarily to a towering two run homer from shortstop Kyle Mehl. But reliever Brian Nellis only lasted 2/3 of an inning in the sixth, giving up all of the South rally runs to take the loss.
Post 54 cut the lead to one twice but South scored a critical run in the top of the 8th as Matt Saul cranked a double off the left field wall for an 8-6 lead. Mocksville scored an unearned run in the bottom of the eighth to make it 8-7 but young shortstop Owen White came up with a key putout to end the threat.
John Daugherty and Hunter Travis topped the 10 hit Southern attack with two hits each.
West Rowan’s Nick Collins and Jacob Barnhardt topped Mocksville with two hits as well.