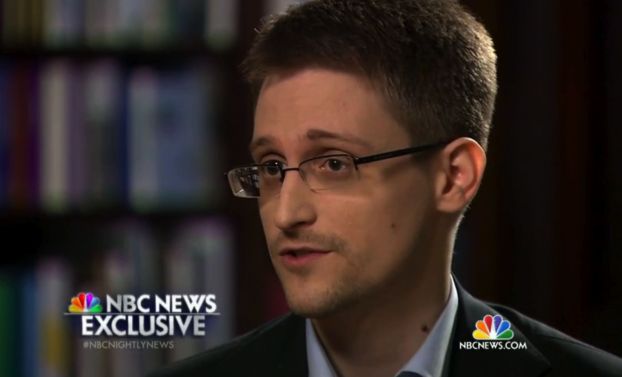 Your daily look at late-breaking news, upcoming events and the stories that will be talked about today:
1. OBAMA TO HIGHLIGHT CONCERNS OVER YOUTH SPORT CONCUSSIONS
The president is hosting a summit with league representatives, parents and athletes to call attention to the issue and announce financial pledges to improve athletic safety.
2. MALAYSIAN JET SEARCHERS RULE OUT SITE WHERE “PINGS” HEARD
“The area can now be discounted as the final resting place” of the missing plane, the Australia-based Joint Agency Coordination Center says.
3. EL-SISSI WINS EGYPT VOTE—BUT AT A COST
Tepid turnout despite extending the poll by a third day may have shattered the former military chief’s image of invulnerability.
4. WHO EVER SAID THE DATING GAME WAS LOGICAL
A new AP-WE TV poll turns up all kinds of contradictions when people discuss dating, especially when it comes to money and gender roles.
5. KERRY TO SNOWDEN: ‘MAN UP’
The top American diplomat says the NSA leaker is a fugitive, challenging him to come back to the U.S. and make his case.
6.WHAT MAYA ANGELOU’S CULTURAL IMPACT IS
She was the nation’s wise woman, a poet to presidents, an unapologetic conscience who became such a touchstone that grief over her loss poured in generous doses.
7. HOW STYLE MEETS TECH IN LATEST APPLE ACQUISITION
The iconic technology company is adding flair and color to its array of must-have products by buying headphone maker Beats for $3 billion.
8.INSURANCE INDUSTRY NAMES SAFEST CARS
The 2014 Chevrolet Impala is the only non-luxury vehicle to earn the highest rating in new tests of crash prevention systems.
9. THE QUEEN WON’T LET AGE KEEP HER AWAY FROM D-DAY COMMEMORATION
The British monarch will attend the 70th anniversary celebration in Normandy with her 92-year-old husband despite cutting down on foreign travel in recent years.
10. BRAD PITT ATTACKED ON RED CARPET
A man is jailed on suspicion of battery after rushing up and touching the actor at the Hollywood premiere of the movie “Maleficent.”

Your daily look at late-breaking news, upcoming events and the stories that will be talked about today: 1. OBAMA BENT... read more