Burr a friend to veterans? 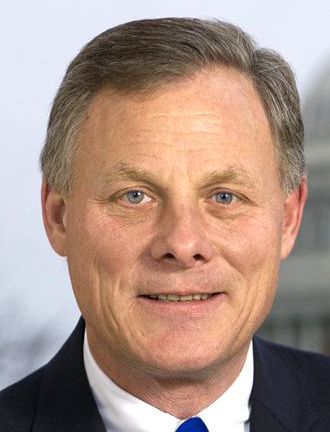 Sen. Richard Burr, R-N.C., has a strange way of speaking up for veterans. So far he’s standing by the open letter he released late last week chastising veterans’ organizations for not complaining more about health care under Veterans Affairs. At issue are scheduling practices believed to have caused some veterans to die while waiting for doctor’s appointments at VA medical centers.
Like Burr, the American Legion has called for Gen. Eric Shinseki’s resignation as secretary of Veterans Affairs over the lapse in oversight. But no other veterans’ groups have followed, and that apparently angered Burr enough to take on millions of veterans and the organizations to which they are so loyal, such as Veterans of Foreign Wars, Disabled American Veterans and so non.
If you read Burr’s letter, he’s clearly targeting the organizations’ top hired help — executive staff who evidently enjoy access to Shinseki and his “inner circle” — not rank and file members nor their commanders. But the words have stung members nonetheless. Here’s an excerpt:
I believe the national and local commanders of every VSO (veterans service organization) have the interests of their members at heart, and take seriously their commitment to their members and their organization. Unfortunately, I no longer believe that to be the case within the Washington executive staff of the VSOs that testified. Last week’s hearing made it clear to me that the staff has ignored the constant VA problems expressed by their members and is more interested in their own livelihoods and Washington connections than they are to the needs of their own members.
I fear that change within the VA will not be possible unless and until these organizations also reconsider their role as well as the nature of their relationship with VA.
The veterans’ organizations fired back over the weekend, going so far as to say Burr represents “the worst of politics in this country.”
As the ranking Republican on the Veterans Affairs Committee, Burr is expected to champion the cause of veterans. Instead of bringing about a solution to delayed care, though, he has opened the door to a broader debate about advocacy, resources and the future of veterans’ care. Burr says the vets’ groups are more outraged by his letter than the scandals at the VA. That goes both ways. At the moment he seems more intent on making a scapegoat of Shinseki than in ensuring adequate resources and prompt care for veterans. Let’s get the focus back where it belongs, on improving veterans’ access to prompt medical care.