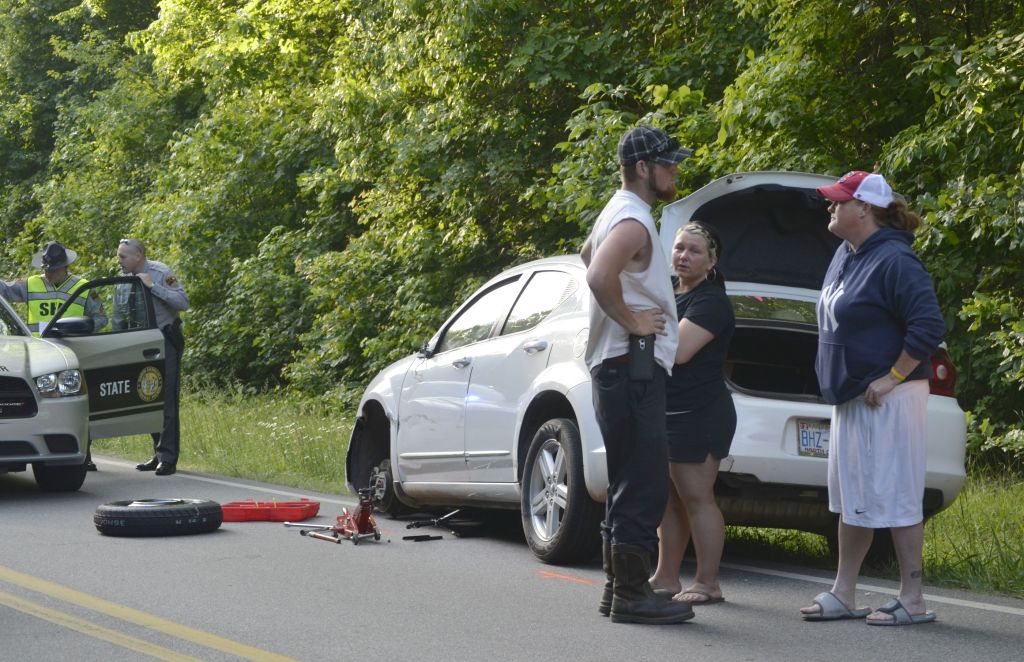 A motorcyclist was seriously injured Saturday when he was struck by a car that crossed the center line, throwing him from the bike.
Calvin Knight, 60, of Davidson County, was traveling south on Woodleaf Road, when he was struck by a Dodge Avenger traveling north.
Trooper J.R. Fleming said neither speed nor alcohol were factors in the crash. The car’s driver, Andrea Bost, 21, of Steele Road, Cleveland, looked down for a minute and struck the motorcycle. The car came to rest about quarter of a mile down the road from where the motorcycle landed. She is being charged with driving left of center.
Knight’s sister, Debra Mills, was traveling behind him on her motorcycle, and she witnessed the crash. She said they were on their way to have dinner at Keaton’s Barbecue and were about half a mile from the restaurant. The crash occurred at 6:07 p.m., just beyond the 17300 block of Cool Springs Road, at the Iredell County line.
Mills estimates they were traveling about 45 mph when she saw the car coming at her brother. She said it felt as though the crash happened in slow motion as he was struck and thrown from the bike. The motorcycle landed on top of Knight. He was talking at the scene, she said.
Mills said her brother is an experienced rider and has never been involved in a crash. He’s been riding motorcycles since he was 16.
“He rides all the time,” Mills said.
She said he is the owner and mechanic at Knight’s Cycles in northern Davidson County. Knight also drives a bus for special needs children. He was a bodybuilder and a triathlete, she said.
“We hadn’t been here in a while and he said, ‘How about Keaton’s?’ ” Mills said.
Fire officials said when they arrived on the scene, Knight was lying beside his motorcycle with significant injuries. He was airlifted to Wake Forest Baptist Medical Center.
Cleveland Police, Cool Springs and Rowan-Iredell Fire departments responded.
Contact reporter Shavonne Potts at 704-797-4253.

Meter, a diabetes alert dog, fits right in with…