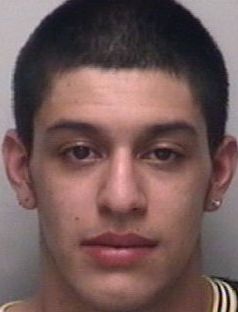 Police said a domestic incident turned violent early Friday morning when a man began firing a shotgun inside a Clancy Hills apartment.
Salisbury Police were called to building 110 around 6:23 a.m. after receiving several calls. Authorities discovered a man had been shooting inside apartment 110-F. When police arrived, the suspect was holding a 12-gauge shotgun and a blanket. It is not clear what the blanket was being used for, but police officials said he eventually placed the weapon down after several commands.
But, they say, the man quickly continued to his Ford Explorer with the blanket. He tried to drive off, but officers broke a window in order to get to him. Police officers had to stop him with a Taser.
Arrested was Bryan Javier Ascencion, 21, who lived at the apartment with his girlfriend. Ascencion was charged with felony shooting into an occupied dwelling, felony assault with a deadly weapon inflicting serious injury, misdemeanor resist obstruct and delay, misdemeanor assault on a female and discharging a firearm in the city limits. He was placed in the Rowan County Detention Center under a $50,000 secured bond.
Police said Ascencion fired 11 shots into the apartment, four of which went through an exterior wall and into building 112, Apt. F. The apartment was occupied by a resident who was asleep. No one was hurt.
Ascencion had been arguing with his girlfriend, who lived there with two children, one of whom is his child. Police said Ascencion punched the woman in the face with his fists and beat her with a skateboard. She left the apartment with the two children before the shooting occurred. She was treated by EMS at the scene.
Guy Pearce, who lives in the complex and went to school with the victim, said it was a surprise that this type of violence would occur.
Pearce said he and Ascencion have skateboarded a time or two around the complex, but he doesn’t know him well.
“What happened is pretty surprising to me that he would do something like that,” Pearce said.
He said it’s been mostly calm at Clancy Hills for some time. The complex has had a police presence with officers walking the area and checking the breezeway for activity.
A Post reporter spoke to residents in building 112, who said they heard the gunshots, but did not know what happened. They were shocked to find out the circumstances of the incident, which occurred in the unit right next to theirs.
Contact reporter Shavonne Potts at 704-797-4253.