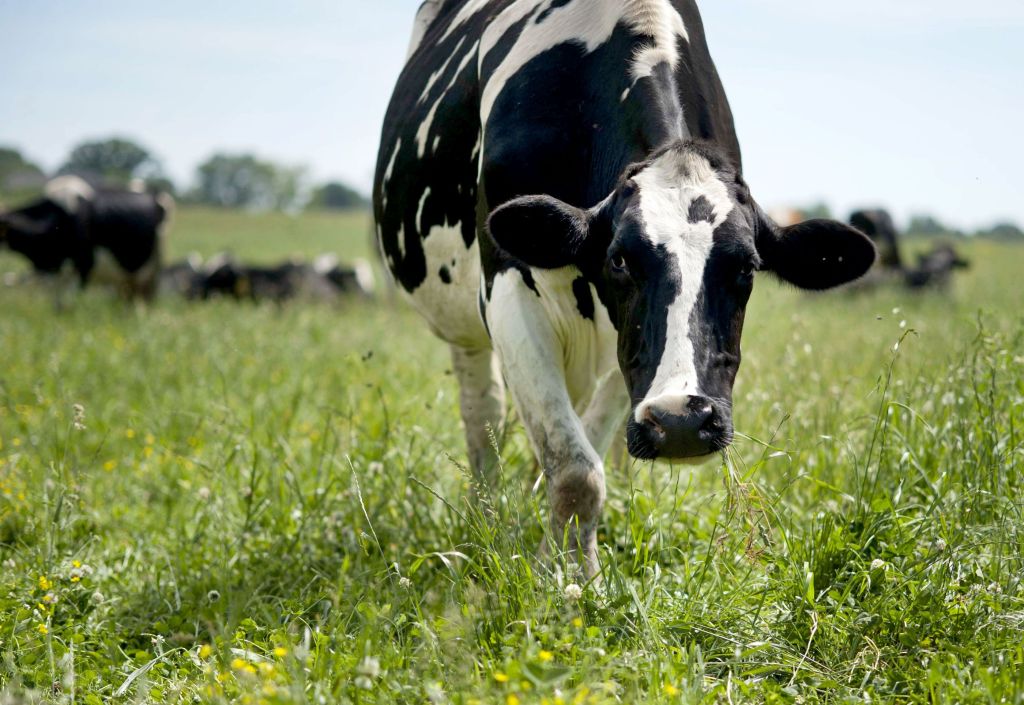 Dozens of interested and hungry local tourists jumped aboard a private bus Thursday for a daylong excursion exploring what western Rowan County has to offer when it comes to agriculture and homegrown products.
From fresh vegetables and baked goods sold at the Father & Son Produce Market to organic chocolate milk at Hoffner’s Organic Farms, participants in the “Rowan Grown Farm Tour” had an opportunity to taste several locally produced items as well as visit the farms where they are grown, or milked.
Sponsored by the Rowan County Chamber of Commerce, the bus tour was an effort put together by the organization’s newly revived agriculture committee.
The bus was full, the tour sold out and several people wanting to participate tailed the bus to its various stops, which included Johnny Moore Farm and Patterson Farm.
“Agribusiness is a significant part of this county. What we want to do is just bring everybody together and talk about the needs of the entire county to really help and support the agribusiness sector of this community as well as the manufacturing and retail sectors,” said Elaine Spalding, president of the Chamber.
The tour is another effort to make citizens aware of what is offered in the county, Spalding said.
“We have bankers and business owners here. It’s important to know about any walk of life you may not be familiar with so you understand the entire economy of our community,” Spalding said.
The Chamber’s president said the Rowan Grown tour is about helping to support and lift up the agriculture community “so everybody can work together.”
The tour also encourages people to buy locally, Spalding said.
“Our first stop was at the Father & Son Produce Market. We told everybody we had plenty of room on the bus if they wanted to buy some stuff and put it underneath,” Spalding said “The underneath of the bus was packed with people’s boxes of produce and other things. We are already out buying local.”
Darrell Blackwelder, county extension director and extension agent of agriculture and horticulture at the N.C. Cooperative Extension, said there are 983 viable farms in Rowan County.
Thursday’s tour “was all done with the help from the Chamber’s agriculture committee,” Blackwelder said. “We went, got together and said ‘Let’s reinvigorate this committee.’ The committee had been stagnant for years and years.”
Thursday’s tour was limited to the western part of the county, Blackwelder said, because “there is no way we could cover everything the county has to offer in one day.”
The farm tour will spread to other ends of the county in the future, including visiting meat producers, chicken farms and wineries, Blackwelder said.
“A tour like this gives people an idea of what is involved in farming. It shows people where Rowan is as far as agriculture,” Blackwelder said. “It’s a $50 million industry — that is with just traditional. We’re classified as an urban county, but we have a research station here, we have the largest trellised tomato producer here in the county and we are the eighth largest in the state in dairy and beef.”
A member of the Chamber’s board of directors, Starling Johnson of Johnson Concrete said agriculture is a big part of the local economy and it is important to support all facets of business.
Johnson grew up and went to school in West Rowan.
“I never knew there was an organic dairy farm here, and I eat only organic dairy. I buy Organic Valley, and I never knew it was made right here,” Johnson said. “That is what is so important. With all of these different businesses in the county, a lot of us don’t know to what extent they are contributing to our local economy.”
It is important to raise awareness of those businesses, Johnson said, “plus the chocolate milk is really good.”
As the Chamber’s vice chairwoman for business development, Jeanie Moore said Rowan County has a lot of untold enviable attributes that can attract people.
“Just hearing that there are seven organic dairy farms in the state and three of them are in Rowan County – we need to be using that kind of information to recruit folks here,” Moore said. “I think it is fantastic that we have these kinds of resources, and this hopefully will raise awareness and get people to buy local. All of that feeds into the economic prosperity of our region.”