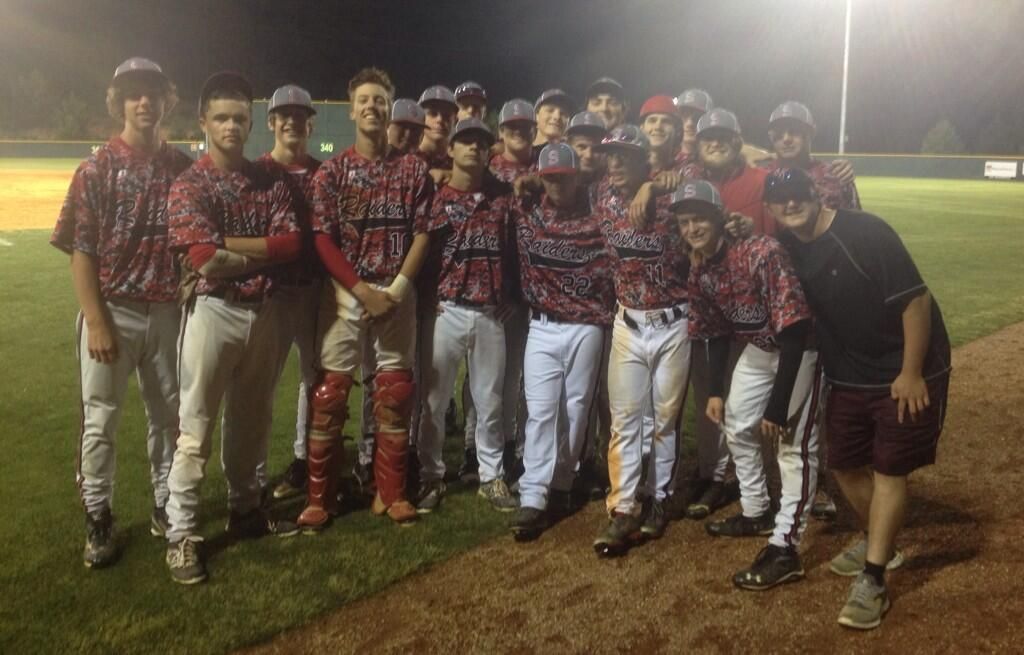 WAXHAW — Those South Rowan Raiders won’t be denied.
South’s baseball team scored twice in its last at-bat to upset No. 1 seed Marvin Ridge 5-3 Saturday night in the second round of the state playoffs.
Matt Honeycutt’s long single off the left-field wall scored Chandler Corriher with one out and gave the Raiders the lead for good in the seventh. Ryan Ashworth added a walk with the bases loaded for an insurance run and Austin Corriher threw a scoreless inning for the save.
“I’m so proud of the kids for staying focused on the moment,” South coach Thad Chrismon said. “We’re proved that we’re going to fight and compete every game.”
Chase Labbe also had two hits for South (22-6), who took a 3-0 lead in the first inning. Honeycutt and Austin Corriher drove in runs in the first as did Eric Stowe on a bunt single.
“Getting three runs in the first was huge,” Chrismon said. “We had very good offensive execution there in the first inning.”
Pitcher Burke Fulcher started and threw six innings for the Raiders.
South will now play the winner of the Carson-Southern Guilford game next week. South is the deepest its been in the playoffs since it reached the fourth round in 2012.