Butner trying to join those on ballot as unaffiliated candidate 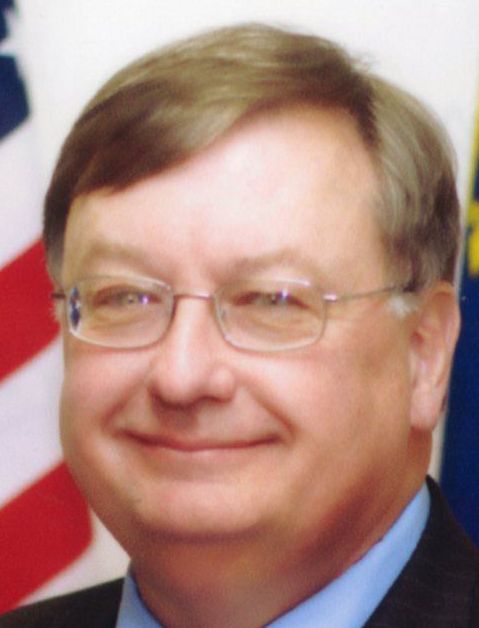 Malcolm “Mac” Butner needs to win one tight race before he can think about entering November’s hotly contested commissioner race.
Butner, 61, is in a race against time to get 4,000 signatures from registered Rowan County voters before June 27 to have his name placed on the ballot.
The staunch Republican conservative and chairman of the Rowan County Housing Authority is the latest to join in the recent movement to solicit signatures, following Raymond Coltrain, Gene Miller and Chris Cohen.
“I found out a couple days ago when I was having breakfast with (Rowan County Commissioner) Mike Caskey that I was eligible,” Butner said.
A person has to have a campaign committee to move forward with collecting the signatures, and Butner had his still active from two years ago when he ran for county commissioner.
Butner works as an independent, self-employed and state licensed real estate broker dealing in marketing of residential properties.
“It’s a monumental task. We have a little over 30 days to get the signatures. My deadline is the final deadline,” Butner said. “I have spent 50 years in Rowan County politics, and I have never seen a situation where we didn’t have three conservatives running. I’ll be the third one if we can make that happen. That is why we are running.”
Butner said he is tired of hearing talk about downtown being vacated and taken to West End Plaza.
“I never heard (Rowan County Board of Commissioners Chairman) Jim Sides say anything like that,” Butner said.
Voters need three conservative candidates to choose from, Butner said.
“We’re not going to get it from Gene Miller, Raymond Coltrain, the two Democrats or from Judy Klusman,” Butner said. “Nobody can question my conservative credentials. Being a Republican is being a conservative.”
An outspoken Christian, Butner said he has been endorsed by “every Second Amendment group” and has scored 100 percent on all National Rifle Association and pro-life surveys.
“Love me or hate me, I’m not trying to play both ends against the middle,” Butner said.
Butner said he is the real thing, and everybody knows that.
“We need more choices. I don’t want to do this in terms of personal gain. I’m happy as chairman of the housing authority. We’ve made a difference,” Butner said. “We have a tremendous void to fill after Sides did not get nominated. I support his agenda.”
The purchase of West End Plaza will solve the county’s short-term and long-term capital needs, Butner said, and the county can work with the city in a synergistic and fiscally responsible spirit that will afford both entities advantages.
Butner said Ronald Reagan is epitome of what Butner wants to emulate if elected to the commission.
If Butner and his volunteers do not garner the necessary signatures to get placed on the ballot, the campaign will continue and Butner will pursue being a write-in candidate in November.
Butner graduated with a bachelor’s degree in business administration from Catawba College.
Butner and his wife, Julia, have two adult children. They are all members of Enon Baptist Church.
The Salisbury City Council also recently unanimously appointed Butner to a three-year term on the zoning board of adjustment.