Smith picked in fifth round by Jaguars 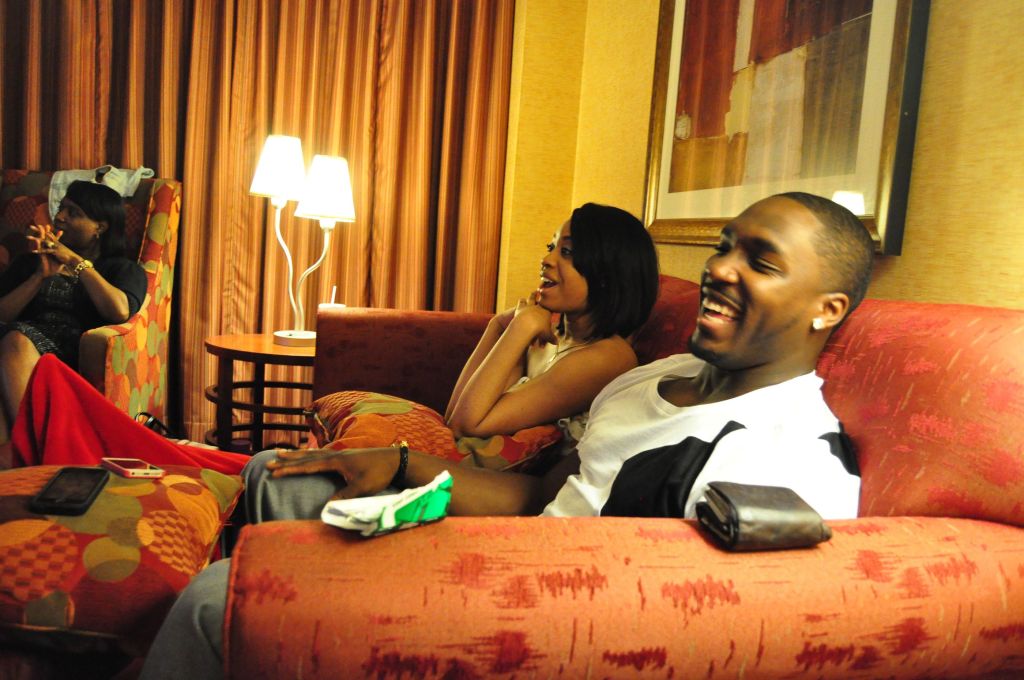 CONCORD — Chris Smith got the call he’d waited a long time for on Saturday afternoon.
After being passed over Friday night during the second and third rounds of the NFL Draft, the West Rowan graduate watched the fourth and fifth rounds with a bit more trepidation.
It was getting late in the fifth round when he got a good feeling that lasted the rest of the day.
“I said ‘Man, Jacksonville still hasn’t taken any defensive linemen yet’ and then as soon as I said that, they called me,” Smith said. “Their general manager asked me if I wanted to be a Jaguar and I said ‘Yes, sir.’”
Smith was selected by the Jacksonville Jaguars in the fifth round with the 159th pick. He’s the first player from Rowan County to be drafted since West’s John Milem in 2000.
The Jaguars went defense-heavy on Saturday, taking Oklahoma cornerback Aaron Colvin in the fourth round and Florida State linebacker Telvin Smith with their first fifth-rounder, both of whom trained with Smith.
Smith watched with his mother Sherry, father William, sister Diamond, girlfriend Alexis and 1-year old daughter Alaina. Stevie Williams, a coach and friend from his West days, was on hand as well. When he was picked, the room erupted in jubilation.
“Stevie said they had to take me in the fifth, everyone else had been taken,” Smith said while eating a celebratory meal with Alexis.
The Jaguars want to utilize Smith as a weakside defensive end in their 4-3 scheme. Jacksonville incorporates a ‘Leo’ position that Smith could be used in to maximize his pass-rushing ability. The Leo is a cross between a 3-4 linebacker and a traditional 4-3 defensive end.
Smith was a DE at Arkansas and gathered 22 sacks the last three seasons. He helped the Razorbacks get to the Cotton Bowl and beat Kansas State 29-16 in 2012. Jacksonville head coach Gus Bradley coached Smith and Arkansas center Travis Swanson in the Senior Bowl in January and liked what he saw.
“When Gus talked to me, he said ‘You thought I forgot you, didn’t you?’” Smith said. “They loved how explosive I was at the combine. It’s a scheme I can fit in and make plays in.”
Smith said he got about 200 text messages after his selection was announced. Former teammate K.P. Parks, now at Virginia, congratulated him as well as West coach Scott Young. Smith won two state championships at West with Young and Parks and helped produce a 46-game win streak.
“I have to say thank you to everyone who had a hand in me getting here,” Smith said. “Some guys feel their work is done when they get drafted, but I know my work is just starting. I’ve got to get better each and every day.”
Smith, a second-team All-SEC selection last year with 9.5 sacks and 13 tackles for loss, reports to mini-camp this week. He’ll fly in Monday with meetings starting Tuesday. He’ll be there for about a month before some time off before training camp starts.
“I got a Jaguar car and now I’m going to be playing for the Jaguars,” Smith said.