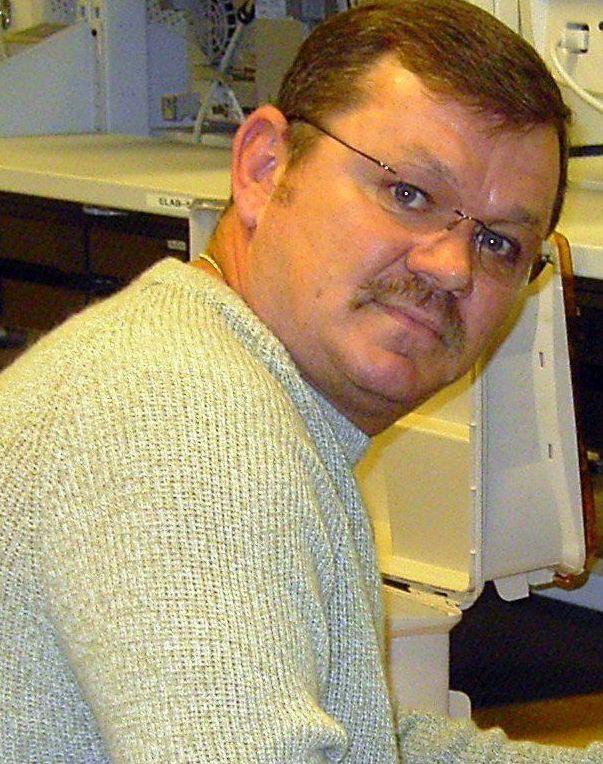 SALISBURY — In the six agonizing weeks since Steven Hadaway was swept away in an Oso, Wash., mudslide, the lone evidence rescue workers have found of him is a crumpled heap of metal that was his Dish Network service truck.

It was recognizable only from some of the markings on the debris.

Day after day, Steven’s sister, Christine Hadaway Stamper of Salisbury, has been waiting for word that his body has been recovered so her family could have a bit of closure.

It may never happen.

As of April 28, the post-mudslide efforts shifted from recovering bodies to debris removal. Having wiped out a whole subdivision, the March 22 mudslide claimed the lives of 41 people officially, with two bodies yet to be recovered.

Only Steven Hadaway, 53, and Kris Regelbrugge, 44, have not been found.

Early in the process, Stamper’s other brothers predicted Steven would be the last person located because that was the kind of person he was.

“He is not going to let them find him until everybody else is found first,” Stamper says.

But with each day the possibilities of recovering Hadaway’s body — or some part of it — become more and more remote. He was probably the first person hit by the mudslide in which the earth moved at an estimated force of 180 to 190 mph, sweeping away a square mile of hillside.

Growing up, Christine and Steven were close — only 18 months apart by age. Christine named her oldest son, Steven, for her brother, who traveled to Salisbury in 2008 for Christine’s youngest son Jonathan’s wedding.

Steven Hadaway loved nature and the mountains, especially Whitehorse Mountain where he lived. It was why he moved his family to the Darrington, Wash., area about 60 miles north of Seattle seven years ago. Steven once told his sister he would live in the remote wilds of Alaska if he could.

“I know Steven is where he wants to be,” Christine says. “My brother loved to be out of the city, and he loved the peace of the mountains … and I know my mother has lifted him up.”

Stamper and her four brothers (Byron, Frank, John and Steven) lost their mother to cancer in March 2001. Stamper says she thought her mother’s death was the toughest thing to go through, but waiting for word about Steven has been much worse.

“Not knowing is absolutely horrific,” she says.

Stamper says she couldn’t eat or sleep. Prescribed sleeping pills from her doctor didn’t work. Stamper missed a week of school immediately after the tragedy, and going back to Knox Middle, where she teaches the sixth grade, has been the only thing keeping her mind off her brother.

“Knox has been so good to me in making sure I personally am OK,” Stamper says.

Steven Hadaway grew up as part of a military family. His father’s Army career took the family to Germany, Kentucky and Georgia before he retired and they all settled back in his home state of Washington.

That’s where the brothers mostly stayed, while Christine’s marriage — she is now divorced — brought her to Salisbury in the early 1980s.

Steven Hadaway joined the Marines about the same time.

What Stamper wants people to know about her brother is that “nothing mattered to him but other people.” He also taught his siblings you don’t have to be blood to be family, Christine says.

Steven and his wife of 31 years, Margaret, raised two daughters, now 17 and 20, and a special needs child, Brandon, who died from a heart attack in 2000 when he was 6.

The Hadaways were foster parents before they adopted all three children.

When Brandon was six weeks old, his birth mother tried to suffocate him. The Hadaways stepped in to give him a home. Brandon had cerebral palsy, was deaf, partially blind and required a wheelchair.

It became a mission of Steven’s to adopt Brandon, and the adoption came through when he was 3 or 4, Christine recalls.

“He knew Brandon would not live forever,” she adds, “but he said when they bury him he would be buried with the Hadaway name.”

When Steven and brothers John and Frank were here for Jonathan Stamper’s wedding in 2008, he went out and had a Popeye cartoon character tattoo inked into his left forearm in memory of Brandon. “Popeye” was his nickname for the lost son.

Christine Stamper says Steven regularly sent her photographs and was especially proud of his home’s lavish Christmas lights display, which he started working on every October.

The Hadaways’ home in Darrington was about 16 miles away from where the mudslide hit. The family had lived in Roy, Wash., for a time, but it still wasn’t rural enough for Steven, his sister says.

Hadaway had been working for Dish Network less than a year.

The mudslide hit about 10:37 a.m. Pacific Coast time March 22, which was a Saturday.

Hadaway was installing a cable dish outside the home of Amanda Lennick, a nurse who had just bought the house and was trying to have some last-minute jobs completed over the weekend so she could move in.

Installing a water heater, a plumber and electrician also were at the home in the Steelhead Raven neighborhood. By most accounts, Lennick’s home — the farthest up the hill — was the first one hit by the mudslide.

The bodies of Lennick, the plumber and electrician were recovered probably because they were inside the house.

When they were allowed on the scene several days after the mudslide, hundreds of local people showed up with heavy equipment and chainsaws to search for bodies.

Debris also covered about a mile section of Highway 530, and estimates have put the state transportation department’s cleanup at close to $5 million.

The Hadaway brothers were part of the teams of people looking through the rubble as early as March 25. The searchers dealt with odors of gas and septic tanks, amid mud and floodwaters.

On that first day, Stamper says, Frank Hadaway was hit by a door, which flew up from the ground and hit him after it was disturbed by the wind from a helicopter.

President Obama visited Oso exactly a month after the mudslide, and he met personally with Frank and John Hadaway. The brothers told Christine the president was warm and genuine, and the thing impressing them the most was he knew Steven by name.

“I don’t care how he knew that,” Christine says, “but it was important to us.”

When the official search for bodies was called off April 28, Stamper says she was angry, because the official promise had been made to account for each of the people lost.

The cleanup crews are using spotters on heavy equipment as work progresses. Meanwhile, nearly 800 people have signed a petition asking that the local volunteers who were part of the search for bodies after March 22 not be barred from helping to find the remains of Hadaway and Regelbrugge, whose husband also perished in the mudslide.

Stamper said she saw television reports about the mudslide the Saturday it happened, but she never thought Steven would be in danger because she knew he was in Darrington, not Oso.

Frank Hadaway called her at 1:30 a.m. March 23 with the news Steven was missing.

“What are you talking about?” Christine asked Frank before going to her computer and piecing all the news together.

Stamper’s brothers stayed with Margaret Hadaway and her two girls for several weeks immediately after the mudslide. Since then, they have tried to be there Friday nights and over the weekends.

The town had a memorial service Sunday for all the dead.

“Margaret is an extremely, extremely strong woman,” Stamper says. “Her faith is so dedicated. She believes with every part of her being that Steven is OK and he is where he is supposed to be.”

Margaret Hadaway had said from the beginning she would not have a memorial service until Steven’s body was located. Christine has waited to leave for Washington until one is scheduled, and she thinks that could be sometime in June.

After speaking at length with her surviving brothers, Stamper says she is more at peace now than she was the first five weeks.

“I have to respect how happy he was in the mountains,” she says of the strong possibility Steven already is in his final resting place.

“I can’t be upset because he was so happy where he was.”