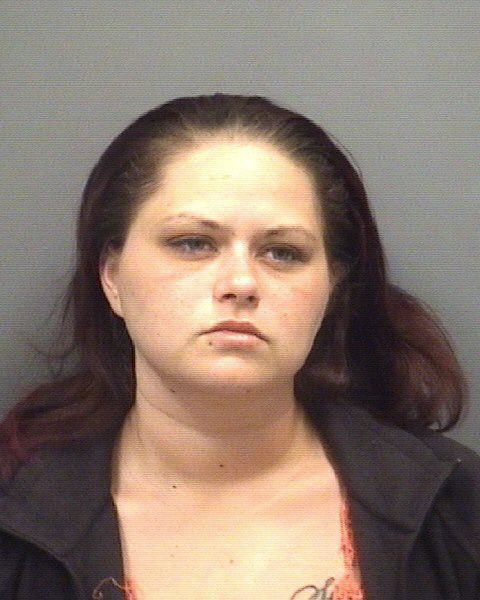 A Faith woman traveling in a known drug area led police to stop her and subsequently charge her with drug possession. Once stopped, the woman admitted she had pills hidden in her underwear.
A Salisbury Police officer noticed a red Honda near the 800 block of West Jake Alexander Boulevard Friday night.
When the officer turned around and followed the vehicle, he could see the woman fumbling around for something. The officer pulled over Melissa Renee Lyerly around 9:30 p.m. in the Harris Teeter parking lot.
Lyerly, 24, was charged with simple possession of a schedule II controlled substance and possession of drug paraphernalia, both misdemeanors.
She gave permission for the officer to search the car. The officer found a Percocet just outside the car that she’d tossed out the window. The officer found two cut straws with white powder on them, a report said.
The officer asked if she had other drugs in the car and she pulled out a small, purple metallic container with other Percocet pills that she had hidden in her underwear.
She remains in the Rowan County Detention Center under a $1,500 secure bond. In October 2013, Lyerly was convicted of marijuana possession and possession of drug paraphernalia. She received jail time and a year of probation.
Contact reporter Shavonne Potts at 704-797-4253.