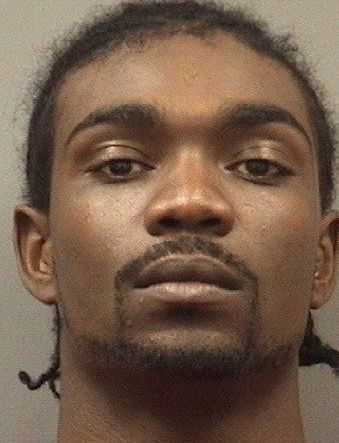 Two men were convicted in Rowan County Superior court this week as habitual felons, District Attorney Brandy Cook said in news releases.
Robin Otto Worth Jr. of Salisbury was convicted by a jury of felony assault with a deadly weapon inflicting serious injury, then admitted his habitual felon status, Cook said. He was sentenced to between nearly nine years and 111/2 years in prison.
The convictions stem from a Jan. 1, 2009, assault at a New Year’s Eve party on South Craige Street. Michael Kirksey reported that he had gotten into an argument with Worth’s mother at the party, and she hit him in the face. The woman then called Worth to pick her up. When he arrived, Worth punched Kirksey then hit him in the face with a folded metal chair.
Kirksey suffered a broken jaw, bruises and a knee injury from the assault.
Worth, Jr. had previously been convicted of felony common law robbery, felony possession of a schedule II controlled substance, and felony possession with intent to manufacture, sell or deliver cocaine, among other convictions.
Cook said without the habitual felon status, Worth could have been sentenced to as little as 28 months in prison for the assault.
Dennis Ray Julian of Kannapolis was convicted of felony burning personal property and subsequently admitted to being a habitual felon, the news release said. He was sentenced to a minimum of 61/2 years up to a maximum of 81/2 years in prison.
Julian’s conviction stems from an Aug. 16, 2013 vehicle fire on Barncliff Court that firefighters and a sheriff’s deputy found suspicious. Though Julian, who appeared to be impaired at the time, initially insisted a tree had fallen on the vehicle, a witness saw him walking away from it with a gas can in his hand around the time of the fire.
Julian had previously been convicted of felony larceny, felony second degree burglary, and felony habitual impaired driving, among other convictions.