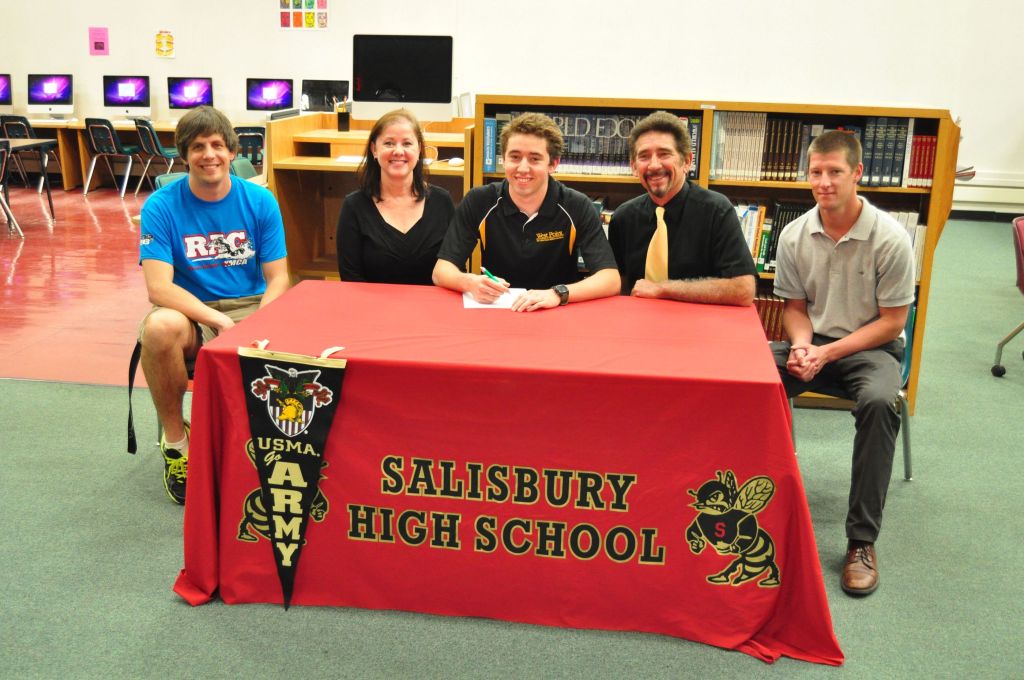 SALISBURY — Taylor Rodenhuis says he doesn’t know how his nickname “The Rowan Rocket” originated, but it sounds pretty compelling for a guy striving to be a soldier.
Rodenhuis will swim at Army next year after populating the Rowan County and Central Carolina Conference heats for
Salisbury coach Ryan Starrett says you can’t be fooled by his calm demeanor.
“He’ll kinda stroll up there and act like it’s no big deal,” Starrett said. “As soon as he hits the water, he means business.”
Giving back to his country is also a big deal to Rodenhuis, who applied to multiple service academies. Rodenhuis, who’s uncle is in the Air Force, was struck by the camaraderie and conduct of those in the service.
“I got the chance to go to summer seminars at West Point and the Naval Academy,” Rodenhuis said. “I saw how the cadets and midshipmen acted and how they were together. I really wanted that for myself. I’ve always been interested in serving and giving back to my country.”
Rodenhuis, dubbed the “Rowan Rocket,” has been an all-county pick all four years. He dominated the 200 freestyle and 100 butterfly in the county meet in January and was a state championship finalist the last two seasons.
At the 1A/2A West region final meet, Rodenhuis won the 500 freestyle race in 4:57.26 and was third in the 200 free. At the state meet this year, he placed fifth in the 200 free.
“I’ve progressed a lot,” Rodenhuis said. “The butterfly is what I mainly do at high school meets. That’s one of the events that West Point was looking at me for. The 200 butterfly got them interested in me.”
Army competes in the Patriot League
“It has a lot to do with how your build is,” Starrett said. “It just kind of

Scouts from West Point saw Rodenhuis at YMCA-sponsored meets in Atlanta and Greensboro. He’s been all over the east coast and swam in the YMCA national championships.

Now 5-foot-9 and 155 pounds, Rodenhuis has swam since he was 3 and joined the Rowan Aquatic Club at 5, What he did then was just as important as what he does now, fostering a discipline and a dedication for swimming that kept him coming back to the pool time and time again. Rodenhuis was quick to catch on and apply when it came to technique.
“A lot of the guys he competes against are much bigger than he is,” said RAC coach Ben Humphrey, who’s helped Rodenhuis during his prep years. “The fact he’s able to do more with less says he’s got a great work ethic. The leadership maturation is one thing I’ve been really impressed with, which is why I think he’ll thrive at a military academy.”