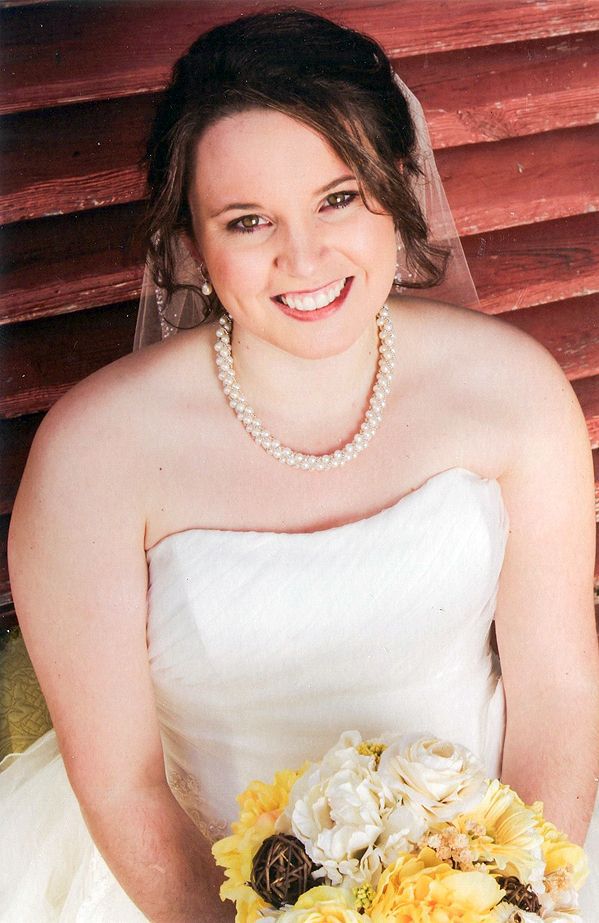 Lara Sultana Baker and Eric Bryan Shepherd were united in marriage Saturday, April 12, 2014, at the Salisbury home of the groom’s parents, Sammy and Ann Shepherd. The Rev. R.J. “Beaver” Hammond officiated the 5 p.m. ceremony, which was followed by a reception at St. Matthew Lutheran Church.
The bride was escorted by her father, Danny Baker, and attended by her sister, Kayla Baker of Salisbury, as maid of honor and her cousin, Jennifer Johnson of Salisbury, as matron of honor. Her bridesmaids included her cousin, Susan Burris; Cassie Lowe; A.J. Shepherd; and Faith Moore.
Sammy Shepherd stood as his son’s best man. Serving as groomsmen were brother of the groom Michael Shepherd; and Tristian Frick and West Lefler.
Ryleigh Johnson served as flower girl, and Austin Moore was ring bearer.
The bride is the daughter of Danny and Ginger Baker and the granddaughter of Jimmy and Ruby Baker and Kay Kennedy. A 2008 graduate of Carson High School, Lara also studied in the dental assistant program at Rowan-Cabarrus Community College.
The groom is the son of Sammy and Ann Shepherd and the grandson of Manie Richardson. A 2004 graduate of East Rowan High School, Eric studied Business at North Carolina State University in Raleigh.
The couple honeymooned in Dominican Republic.