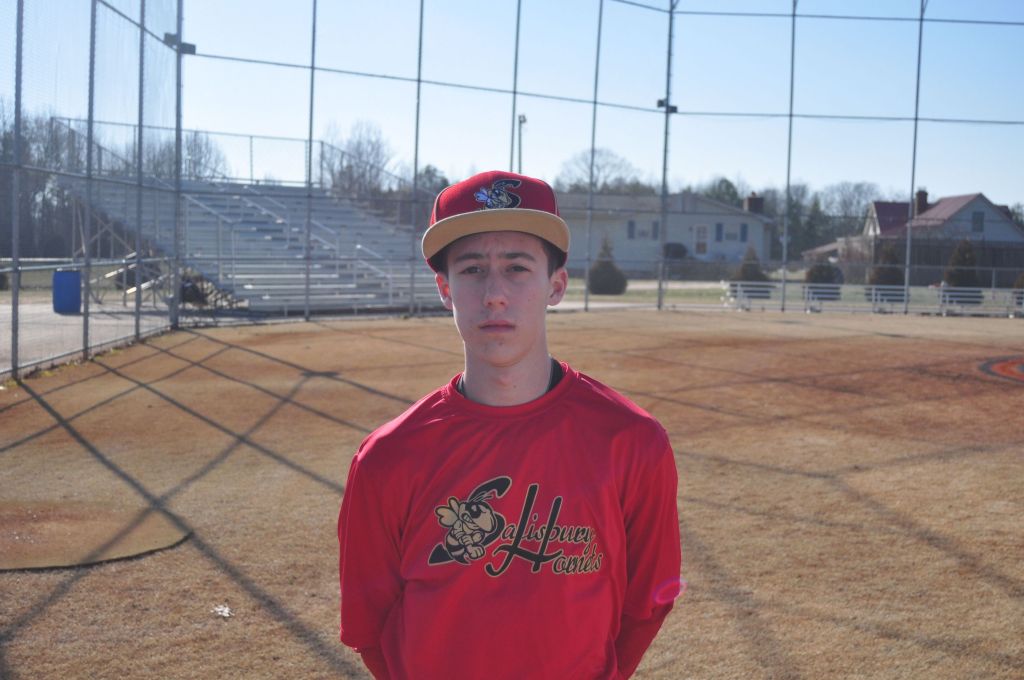 KANNAPOLIS — Ten extra-base hits flew at A.L. Brown’s Veterans Field in Friday’s seventh-place place and winning coach Scott Maddox and losing coach Aaron Rimer shook their heads and rubbed their eyes.
What teams were they watching, anyway?
Offensively challenged Salisbury beat runs-starved North Rowan 11-6 in a neutral-site preview of their home-and-home CCC series next week that will mean a whole lot more.
“We swung it well and it was great to see us hit the ball,” Maddox said. “But we’d be happy to trade this one for a win next Tuesday. Any win we get is nice, but I told the guys not to be deceived. It’s going to be a different North team we see next week.”
The CCC situation is this: Third-place North is 5-3 including a win over second-place West Davidson, while fourth-place Salisbury is 3-5, including a loss to fifth-place Lexington. The CCC gets three state playoff berths. All North has to do finish third is split with the Hornets, but a Salisbury sweep would earn the Hornets the No. 3 seed.
A Salisbury lineup that’s been top-heavy most of the season got a huge lift from Harper Miller on Friday. Miller doubled, tripled and drove in four runs.His bases-clearing triple in the bottom of the first was the key blow of the game. It broke a 1-all tie, and the Hornets led the rest of the day.
“I just got a hold of a pitch on the triple,” Miller said. “I thought that was the best games we’ve had. We swung the bats the way we should.”
Besides, Miller’s big day. the Hornets (5-15), who had been taken to the woodshed 17-3 by Northwest Cabarrus 24 hours earlier, got three hits and three steals from Ryan Jones, a two-run double from Will Steinman and two hits each from Riley Myers and Harrison Smith.
“We hit the ball well as a team,” Jones said. “It was all about trying to get ready for next week.”
Chance Bowden pitched the first three innings for the Hornets and left with a 5-2 lead. Jones earned the win by working the last four.
Young lefty Henderson Lentz, who was knocked out in the fourth, took the loss.
North (7-12) got three hits from Spencer Locklear, two doubles from Robert Monroe and two runs scored from Chance Mazza.
Salisbury threatened to win by the 10-run rule in the fifth, but North made the final respectable with three runs in the seventh, including a two-run double by Carter Thomason.
“We did swing it pretty good,” North coach Aaron Rimer said. “But we made a ton of mistakes — mental and physical. Defensively, we just weren’t good. We’ve got to clean some things up before we play Salisbury next week.”
•
NOTES: Salisbury’s Myers and North’s Mazza were named to the all-tournament team. … North’s Jake Pritchard was limited to a pinch-hit appearance by a twisted ankle.