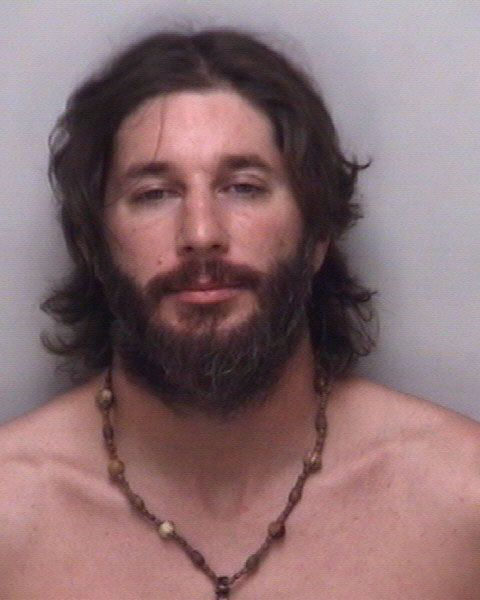 Robert Isenhour was raised in Salisbury and even maintained a lawn-care business here. But he lost that business after he spent five days in the Rowan County jail for a crime he didn’t commit.
In September 2013, Isenhour and David William Lutz were both charged with felony robbery with a dangerous weapon after a former employee told police the men robbed him and his girlfriend at gunpoint.
Neil Hooper told police he saw a suspicious vehicle drive by his apartment twice. When the vehicle circled back, Hooper said, he recognized two of the three occupants. He told officers Isenhour and Lutz demanded money from him. He and his girlfriend, Kelly Mullis, were in their car. She screamed, alerting neighbors, authorities said at the time.
Salisbury Police Department officers arrived at Isenhour’s Epperson Road home to arrest him. Lutz was arrested at his Oakview Drive home, and each was issued a $5,000 secured bond.
Isenhour, 36, says this whole ordeal began after he fired Hooper, he says, for not having adequate lawn-care experience.
“He couldn’t start a weedeater. I told him ‘I can’t use you, sorry,’ ” Isenhour said.
Isenhour even called Hooper later that night hoping the teen didn’t take it personally.
He said Hooper seemed to understand, and that was the last conversation he thought he’d have with Hooper.
Isenhour alleges he was harassed and threatened by Hooper and his girlfriend. Isenhour gave officers a statement. It took seven months and $5,000 to prove what one Salisbury Police Officer, Bill Torrence, believed was a lie.
Isenhour returned to court month after month, but each time it was continued until a later date. In March, Assistant District Attorney Paxton Butler determined there was insufficient evidence and even noted in the dismissal statement that the arresting officer “thought the victims were not truthful.” Court records also say “one victim went to prison for robbery with a dangerous weapon and the other can’t be found.”
Neil Hooper was convicted in February of breaking into a Kannapolis KFC restaurant and Diamond Auto Sales on Mooresville Road. Kelly Mullis has not been seen.
“It was a lie. The charge was made up, and I’m glad to have it behind me,” he said.
Court records also reflect insufficient evidence against David Lutz, and charges were dismissed.
Isenhour said his arrest put an end to his lawn-care business. His residential and commercial clients numbered 40, and he lost half. He said some of his clients said they couldn’t trust him. While he was in jail, his home was robbed, his lawn-care equipment stolen along with his television, other electronics and some collectible items that include vintage guitars.
Douglas Patrick and Gage Woodward were charged with involvement in the break-in at Isenhour’s home along with more than a dozen others throughout the county. Isenhour believes it was an act of retaliation. According to Isenhour, Patrick and Woodward know Hooper’s girlfriend through a friend.
“I’m very frustrated with Rowan County,” Isenhour said.
He feels as though not enough time is spent thoroughly investigating crimes.
“They should’ve asked the ‘victim’ more questions,” he said of investigators.
In the midst of clearing his name, Isenhour is also still trying to recover his stolen items, some of which he says have still not been returned. Isenhour said it’s been very difficult to get items back from law enforcement. He did obtain a sword that was stolen.
He wants people to know that innocent people do get arrested.
Isenhour has since moved to Florida, where he hopes to use his degree in industrial engineering to start fresh with a construction business.
Contact reporter Shavonne Potts at 704-797-4253.