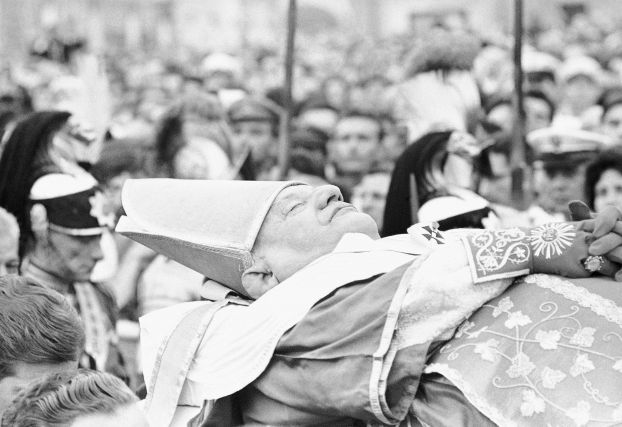 Your daily look at late-breaking news, upcoming events and the stories that will be talked about today:
1. SUPREME COURT DEALS BLOW TO AFFIRMATIVE ACTION

By a 6-2 majority, the court declares that state voters can outlaw using race as a factor in college admissions.

3. SOUTH KOREAN CAPTAIN’S IMAGE AT ODDS WITH HANDLING OF DISASTER

One colleague calls ferry Capt. Lee Joon-seok the nicest person on board. How did the man with a sterling reputation and glittering gold epaulets abandon a sinking ship full of teenagers?

A brigadier general dies in the latest attack against Egypt’s police force.

The president’s Asian tour aims to reassure partners about U.S. commitment to region, while balancing power of a more assertive China.

Surveillance video shows teen who flew to Hawaii in wheel well of jetliner was on San Jose airfield seven hours before flight departed.

7. MICHIGAN MAN FOURTH IN US TO GET `BIONIC EYE’

After years of living with Robert Pontz’s blindness, a retinal prosthesis helps him see, prompting his wife to say something she never thought she’d say.

John XXIII, fondly remembered as the "Good Pope," ushered in a modern Catholic Church in the 1960s.

9. WHY CALIFORNIA’S DEMOCRATS ARE DIVIDED

In the nation’s most populous and ethnically diverse state-the first to ban using race and ethnicity in college admissions-debate unfolds about reinstating affirmative action.

The city’s police department asked people to send their photos with officers using (hash)myNYPD. Many tweeted pictures of police brutality instead.

Easter might have been Sunday, but the holiday’s spirit lived on Monday afternoon at the J.C. Price American Legion Post... read more