A conversation in the White House 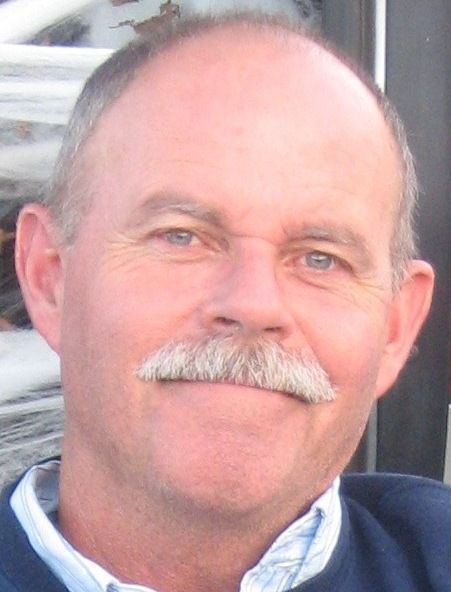 It is a rare event indeed when I come to the defense of the Obama administration, but I sincerely believe that the President is not responsible for the current IRS scandal involving the targeting of conservative organizations seeking tax-exempt status. It is my opinion that the IRS acted not on behalf of the President nor at his behest, but rather as an all-out offensive against those who seek to reduce the public sector workforce in general, with special attention to the elimination of the IRS in its present form. It is not about politics; it is about self-preservation.
The employees of the IRS make up about a third of the membership of the National Treasury Employees Union, with the balance of the 150,000 members scattered among 30 other agencies. With its tax-exempt status the NTEU has contributed generously to Democratic political candidates. It is a frustrating, maddening bit of irony that they are able to run roughshod over American taxpayers, the sole source of their revenues.
The ongoing media scrutiny involving the IRS and conservative groups seems to focus on the 157 visits to the White House by former chief Doug Shulman. Perhaps they should take a closer look at a meeting which took place on March 31, 2010 between President Obama and Colleen Kelley, veteran IRS agent and president of the National Treasury Employees Union, a meeting which may have gone something like this:
POTUS: As much as I appreciate your efforts to help me in my re-election bid, these proposed attacks upon conservative groups, if uncovered, could prove damaging to my campaign and/or subsequent administration. They probably are illegal, but more important, they are unseemly. My base is unconcerned with rule of law but it does care about image and perception. You know us liberals; corruption is okay, ineptitude is lethal.
Ms. Kelley: Clearly you have mischaracterized the purpose of this meeting. We are not here to listen. We are here to tell you how things are going to be.
POTUS: I’m sorry?
Ms. Kelley: It’s not about you. It’s about the survival of The Agency and the NTEU. If bona fide conservatives ever gain control of all three branches they will enact some sort of simplified flat tax, thereby reducing the ranks of The Agency to a skeleton crew. Moreover, they will repeal Obamacare, eliminating 16,000 Union mem… er, positions within The Agency. Didn’t you ever wonder why those positions went to The Agency and not, oh, I don’t know, Health and Human Services? You are simply the latest useful idiot, following in the halting footsteps of Presidents Carter and Clinton. We expect you to play along so that we do not have to replace you. Biden would not be useful, he would just be an… just play along, OK?
POTUS: This is treason. I could have you arrested. I’m the president of the United States.
Ms. Kelley: That’s lovely. The thing is, I am the president of the NTEU, and I will be there when you leave this office.
POTUS: Yeah, about that. I’m considering issuing an executive order repealing the twenty-second amendment.
Ms. Kelley: No, that is not going to happen. The next executive order you issue will extend powers and expand the role of the NTEU in day-to-day operations at The Agency.
POTUS: You can’t tell me what to do. I’m the President.
Ms. Kelley: Guido, would you please bring the President up to speed?
Guido: Yo, Baracko, Here’s the thing; we’re thinking maybe you ain’t the boss no more.
POTUS: I am the President.
Ms. Kelley: You are the bungling captain of a rudderless ship, its sails filled with the whimsical breezes of a misinformed populace on a sea of apathy, ultimately to be dashed against the rocks of ignorance and self-interest.
POTUS: Wow. How many people are aware of this?
Ms. Kelley: About 75 percent of the country.
POTUS: Then how did I get re-elected?
Ms. Kelley That was the self-interest factor. As long as they get their goodies, and they can be convinced that The Rich will go down with them, then fairness will have been achieved and the ship can go ahead and sink.
POTUS: But if the country collapses, won’t the IRS go down as well?
Ms. Kelley: Of course not. For one thing, we are like palmettos and cockroaches, the first living things to emerge from an apocalyptic event. Second, we will orchestrate and choreograph the collapse in order to minimize the impact on The Agency, and more important, The Union.
POTUS: This is surreal. Isn’t there someone in charge of oversight at IRS?
Ms. Kelley: Certainly. His name is Robert Tobias, former president of the NTEU. Shall I give you his number?
POTUS: (reaching for phone): I’m calling DOJ.
Ms. Kelley: That’s fine. You may want to take a look at something first. (She reaches above her shoulder, her eyes never leaving the President. Guido places a sheet of paper in her hand. She places the document on the desk in front of the President.)
POTUS: What is this?
Ms. Kelley: These are the account numbers which pertain to all of your financial holdings, including those questionable foundations of yours for which we fast-tracked tax-exempt status, and their respective balances…for now.
POTUS: For now?
Guido (pulling Ms. Kelley’s chair as she rises): Yeah, you gotta lotta dough in them accounts. Be a shame if something were to … happen to it.
POTUS: This is an outrage. I’m the President of the United States. You can’t do this.
Guido (leaning across the desk, patting the President’s cheek): See if this don’t sound familiar (raising his eyebrows, smiling broadly): Yes … we … can.