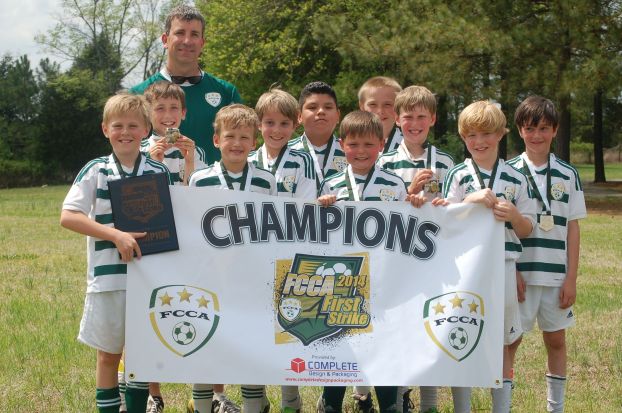 Rowan County’s U-12 Elite boys soccer team took home gold in the FCCA First Strike Tournament held in Concord.
The Elite twon two games Saturday and two on Sunday, including a 3-1 win in the championship game.
Rowan was led by Grayson Vail in goal.
The tournament victory moved Elite into the top 25 in North Carolina and into the top 200 teams nationally.