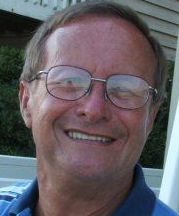 Charles Deadwyler, the definition of a neighborhood pharmacist, died Sunday after becoming sick during a much-anticipated trip to South Africa with his wife.
Friends and longtime customers stopped by Moose Pharmacy at 1408 W. Innes St. throughout the day Monday to pay their respects and ask about Deadwyler’s family.
Deadwyler sold his Towne Pharmacy to Moose in 2008, but he remained owner of the property. The pharmacy placed a white-flowered wreath with light blue ribbons on the front door in memory of Deadwyler and to recognize his strong allegiance to the University of North Carolina at Chapel Hill.
“He was a fantastic person to work with and a fantastic friend,” Wanda Rainey said.
Deadwyler was well-known from his decades of operating Towne Pharmacy and his community work through the Salisbury Kiwanis Club, Salvation Army, Salisbury-Rowan Merchants Association, Optimists and First United Methodist Church.
Traci Menster Lamar worked at the pharmacy for eight years, from the time she was 18 to 26, and said Deadwyler was like a second father to her.
“He was a remarkable man and boss — one of the most compassionate and caring men I have ever known,” Lamar added.
Mike Cline said he did business with Deadwyler for about 30 years. “In addition to being a wonderful and caring man, he always went way beyond the call of duty to do everything he could do as a pharmacist to take good care of my family and me,” Cline said. “It’s so sad to lose him.”
Deadwyler and Mandy, his wife of 50 years, had season tickets to UNC football games since the mid 1970s. They often traveled to holiday bowl games and attended Tar Heel basketball games, whenever those opportunities presented themselves.
He and Ronnie Smith traveled together to the 2009 Final Four when UNC won its last men’s basketball title.
Last year, on the 50th anniversary of his 1963 graduation from pharmacy school at UNC, Deadwyler walked in with the 2013 graduates.
“That was a big deal to him,” daughter Jennifer Davis said.
The trip to South Africa, which included a safari and a visit to Victoria Falls, was part of a UNC Alumni Association trip.
“If Dad said it once, he said it 100 times, this was a trip of a lifetime,” Davis said.
Connie Sheehan, Deadwyler’s sister, said the vacation was one of his dreams. Before leaving, he often carried a brochure about the trip and showed it to friends at Tuesday morning bible study, Sunday School and Kiwanis Club meetings on Fridays.
Deadwyler completed about half the trip, including the safari part, before he became ill with what started out as food poisoning.
The stomach infection worsened, and the Deadwylers left their trip as Deadwyler entered the hospital in Johannesburg. Fluid building up from the stomach infection put pressure on his diaphragm, making it difficult for him to breathe.
The infection also spread to his kidneys. Soon he was on both a ventilator and dialysis, and his condition deteriorated through the week until his death Sunday in Johannesburg.
Mandy Deadwyler will be arriving home Wednesday morning, and her husband’s body will be coming to Salisbury a few days later.
Craig Deadwyler, the couple’s son, said the U.S. embassy in South Africa and the director of UNC Alumni Association have provided invaluable assistance in all the arrangements.
Davis said her mother has been “exceptionally strong.”
“A lot of people have been taking care of her and kind to her,” Davis added.
Charles Deadwyler was 73. He grew up in Milford Hills as the oldest of three children. He also has a brother, Bill, a retired lieutenant colonel in the Army who lives in Colonial Heights, Va.
Deadwyler graduated from Boyden High in 1959.
A classmate, Edith Julian, said she looked at their senior yearbook Monday and was struck by how little Deadwyler’s appearance had changed over the years.
Julian said, “The caption under his picture is most appropriate: ‘Sunny personality with a trim of wit both clever and refreshing.’ To that I add he was the most unassuming person I ever met — a compliment in my book.
“He was a bright spot in one’s day — both as a friend as well as a pharmacist.”
Deadwyler had many close friends through the years such as Bob Roakes, Charles Goldman, Henry Buck and Bob and Judy Zirt.
Sheehan said her brother was a self-made man. Because their father died fairly young, Charles gave Sheehan away on her wedding day.
After his UNC graduation, Deadwyler worked briefly for Innes Street Drug before joining Towne Pharmacy in 1965.
By 1977, he had purchased Towne Pharmacy from Fred Medlin. In 1992, Charles and Mandy Deadwyler bought the building housing Towne Pharmacy and the former Brand Jewelers.
Rainey, who worked closely with Deadwyler for almost two decades, said he often hired high school students to help at the store, and a couple of the girls went on to pharmacy school because of the influence Deadwyler had.
Both of his children, Craig and Jennifer, worked at the pharmacy when they were young. Craig Deadwyler said about half the people called his father “Charles,” while the other half called him “Charlie.”
“He always had a smile on his face, no matter how bad things were,” Craig said. “He always put a positive spin on it.”
Friends and family remembered how accessible Deadwyler was at the store and how Towne Pharmacy would deliver prescriptions if customers couldn’t get there.
When she was younger, Sheehan also worked for her brother. She said all of his employees were dedicated to him and that he would even take them on excursions such as rafting trips.
“He never said anything ugly about anyone,” Sheehan said. “He would find the best in people, and he got the most out of life.”