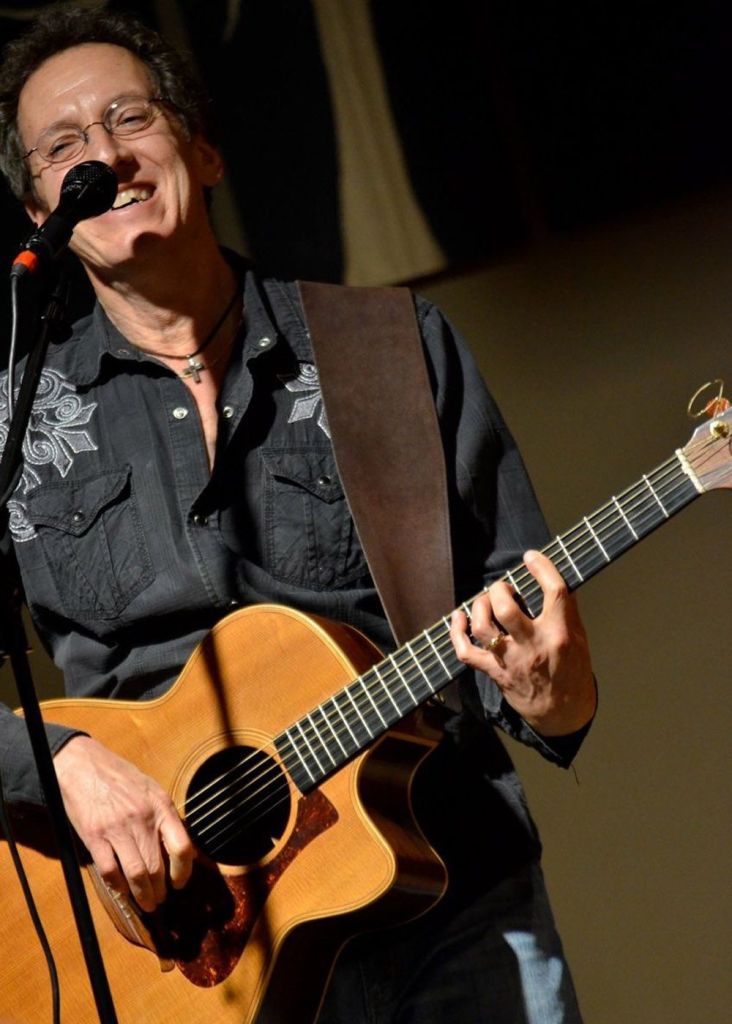 Randy Stonehill is a talented singer/songwriter, referred to as one of the “fathers of contemporary Christian music.”
Pioneering the sounds and styles of this genre in the early ‘70s and beyond, he has released 25 albums, as well as video and film projects, over the span of his career. And he has influenced and inspired many other musicians along the way.
Recently inducted as a member into the Christian Music Hall of Fame, Randy has a musical story that goes back to a more humble, yet impassioned beginning in his teenage years.
At 17, Stonehill left his home in northern California and headed south for Los Angeles, with a passion and penchant for becoming a famous rock star.
However, an encounter and friendship with a fellow musician brought Randy to a real faith in Jesus Christ, which he says opened his eyes and changed his life — and music — dramatically.
In 1971, Randy released his first album, “Born Twice,” funded by TV and film star Pat Boone. Primarily a live performance, the recording budget was a mere $800, and Randy sarcastically states, “It sounds like every penny of it.”
Stonehill’s musical styles are often compared to James Taylor, while his comedic wit on stage is in the manic vein of a Robin Williams.
In fact, his songwriting and concerts often meander from thoughtful, melancholic ballads such as “King of Hearts,” “Who Will Save the Children?” and “Turning Thirty” to raucous rocking numbers like “Keep Me Running” and “Shut De Do,” and then into insanely comical tunes like “Lung Cancer,” “Cosmetic Fixation,” and “American Fast Food.”
When she had her first cigarette
A puff or two was all she could take
Now if she doesn’t have one in her hand all the time
You’ll notice it begin to shake

And she’s working on
Lung cancer, emphysema, a cardiac arrest
And she’ll probably have a stroke when see sees
The x-rays of her chest
— Randy Stonehill

If there is one word that could characterize Randy’s songwriting, it would be “real.” Randy writes about real-world problems that we all face in daily life. And his songs do not always look for an easy fix for life’s situations, but deal honestly with the struggles that often come as a result.
Still, his songs offer comfort, hope and a longing for something more in life.
Randy’s music shines a light without beating us over the head with the truth, and almost always causes us to laugh in the midst of our pain.
One song he wrote talks of a girl that he knew in school who was the victim of classmate bullying.
Rachel Delevoryas
With her thick eye glasses
and her plain Jane face
Sat beside me in her fifth grade class
Looking so terribly out of place
Rachel played the violin
And classical music was out of style
She couldn’t control all her wild brown hair
Her nervous laughter
and her awkward smile and

— Randy Stonehill
He sang the song one night in a concert, and Rachel’s sister was in the audience, according to one interview.
The sister went home and asked Rachel if she remembered a “Randy Stonehill.” And Rachel said, “Yeah, I’ll never forget him because out of the whole fifth-grade class, he was the only boy that was ever kind to me.”
Her sister told her that Randy had written a song about her. Imagine the shock.
And a short time later, the shock reverberated when Randy got a note backstage at a show that said, “Well, now you’ve got my attention. I want to talk,” and was signed “Rachel Delevoryas.”
So, after the concert, he sat and talked for two hours with a person he hadn’t seen in 15 years, and shared a message of hope and redemption with her.
Randy Stonehill has written hundreds of songs over the span of his life and career, but each and every lyric and tune are heartfelt expressions of a life that is full of grace and gratitude to a God that loves him and has changed him from the inside out.
All alone, drifting wild,
Like a ship that’s lost out on the ocean
Everyone’s a homeless child
And it’s not hard to understand
Why we need a Father’s hand

There’s a rainbow somewhere
You were born to be there
You’re just running in circles
Till you reach out your hand
to the King of hearts.
— Randy Stonehill
Randy Stonehill will be “In Concert” on Saturday, April 19 at 7:30 p.m. at THE INN, 1012 Mooresville Road, Salisbury.
Tickets are available for $10 at Griffin’s Guitars in Salisbury, and also through iTickets by calling Toll Free at 800-965-9324.
Tickets will also be available at the door, but seating is limited.
You can listen to Randy’s music at YouTube, Pandora and Spotify. Visit the Randy Stonehill event page on Facebook: https://www.facebook.com/events/533218360109611.
For more info about the show, call 704-213-1467.