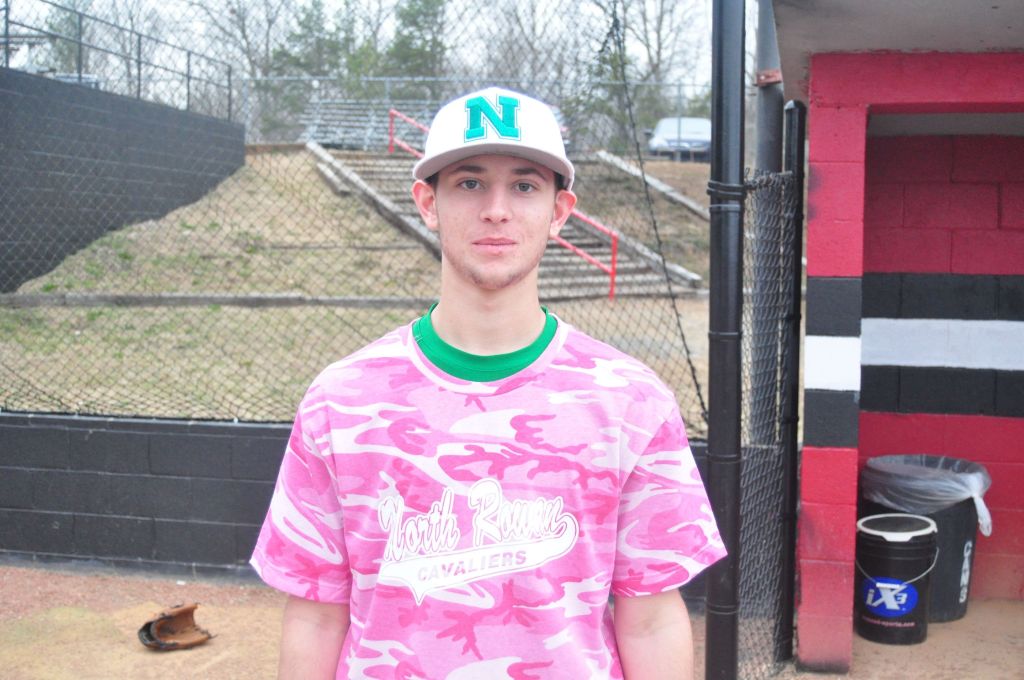 SPENCER — North Rowan assistant coach Ben Hampton shook his head and put into words what everyone was thinking.
“That’s the best Statesville team I’ve seen in a long, long time,” he said.
It’s a new day for Statesville baseball. The Greyhounds started one junior, six sophomores and two freshmen, made only one error and won 5-2 at North on Tuesday.
“They’ve got some young cats, and they played fearless,” North coach Aaron Rimer said. “That’s a pretty good team we played, and I thought this was a very good non-conference game for us.”
Statesville pitchers Dylan Haskell and Kevin Williams limited North to four hits — singles by Chance Mazza, Spencer Locklear, Jake Pritchard and Carter Thomason.
“We’re just struggling offensively right now,” Rimer said. “If a couple of guys don’t hit, we’re not going to score.”
Statesville’s first-year coach Jeff Peck has a West Iredell background and learned from respected Warrior coaches Buck Gatton and Randy Martin. He took the Statesville job last June and his team had already logged wins against Salisbury, North Iredell and South Iredell before it added North Rowan to the list of victims.
“We’re really young, but we’re learning,” Peck said. “We try to play smart and try to play fundamental. Our greatest asset is speed. When we get two strikes, we hit it on the ground and try to put some pressure on the defense to throw us out.”
The best-known Greyhound is sophomore right fielder Travis Ramseur, a football quarterback who passed for 3,371 yards and 34 touchdowns last fall.
He was the hero for the Hounds. His seventh-inning double down the third-base line broke a 2-all tie, and he ended the game with a fine catch of a liner that was scalded by North’s Noah Gonzalez.
North got pitching good enough to win from Lee Sells, who still had a shutout when he exited in the fourth with runners on base, Cory Fries, who took the loss, and Henderson Lentz, who entered in the seventh and allowed Ramseur’s decisive double.
“North’s pitchers did a good job,” Peck said. “They battled us and kept us off-balance.”
North took a 2-0 lead. Mazza walked in the first inning and scored with the help of two wild pitches.
North made it 2-0 in the third. Mazza lined a one-out single before Gonzalez hit into a force play. Spencer Locklear’s infield hit put two on, and Pritchard banged a hard grounder through the left side to plate Gonzalez.
Locklear threw a runner out at the plate in the fourth, but the Greyhounds still scored twice for a 2-all tie.
Haskell delivered the two-run single to tie with two out.
It stayed tied until the Hounds’ seventh. Jalen Hill’s leadoff groundball to short ordinarily would be an out, but his speed allowed him to beat the throw in a bang-bang play. Then he stole second.
Lentz got the first out on a popup, but an error put two on, and Ramseur’s big double came next. After a walk, North had a chance to turn two in the middle and keep it at 3-2, but a wild throw allowed the Hounds to tack on two more runs.
“It a win we had to earn because North fought hard for it,” Peck said. “But these young guys are starting to believe. This was big because it’s the first time they’ve rallied and closed a game out.”