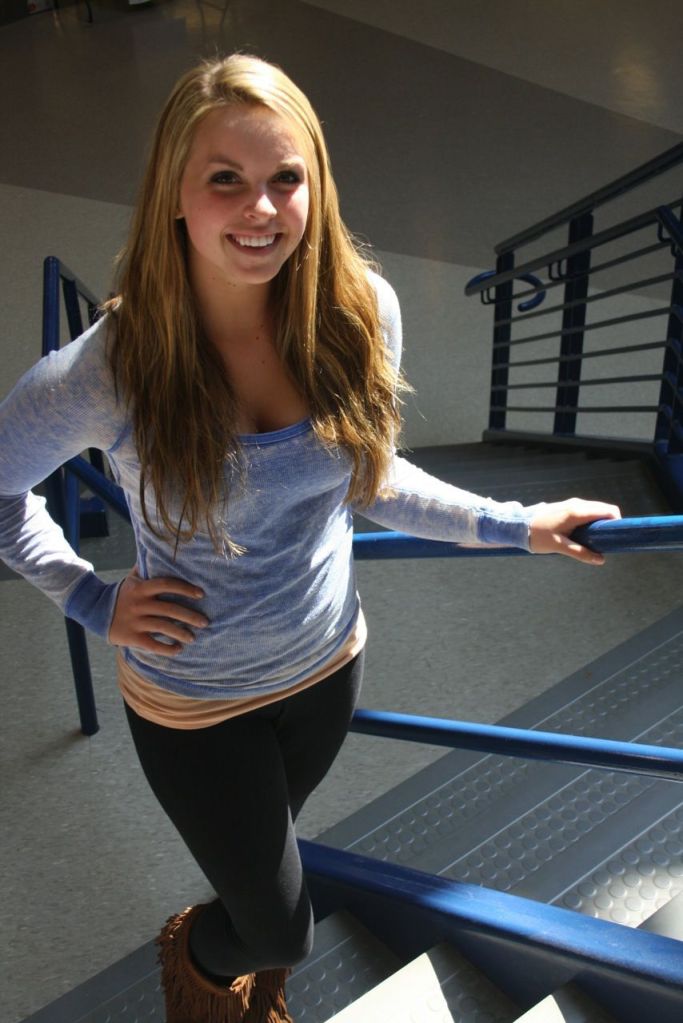 CHINA GROVE — Teenaged girls have any number of hobbies — hanging out with friends, shopping, playing a sport or a musical instrument.

For Kinsley Bean, her hobby is modeling. She recently participated in Charleston Fashion Week as a runway model.

“Most people don’t know about it, but it is the second-largest show on the East Coast,” says Kinsley, a senior at Jesse Carson High School. “It’s a pretty big deal. I auditioned for it last summer.”

As part of her audition, Kinsley, 18, had to walk in front of three judges. She’s only been modeling for about three years, and this is by far her biggest assignment.

“I hope in college, I’ll be able to be more committed,” says Kinsley, who will attend UNC-Wilmington in the fall. With its movie studios, the city is a perfect location for Kinsley to pick up some work, she says. She was an extra on “One Tree Hill.”

“If I could get extra jobs there, it would be a good part-time job,” she says.

Kinsley says that her dream job would be a spokesmodel or newscaster. She’s entering college in the “undecided” category, because she has so many subjects in which she’s interested.

Kinsley is only now building a portfolio. She was able to meet agents and talent scouts in Charleston. She also discovered she prefers print work. Kinsley is 5 feet 9 inches and has an athletic build, thanks to softball and swimming. She wears anywhere from a size 4 to a size 8.

She feels good about the way she looks, she says. “You’ve got to love your body.”

She said “no thanks” to both offers. She’s simply modeling for fun. At Carson, Kinsley has also played volleyball and run cross-country. Right now, she says, her focus is on school. She’s an office assistant this semester, and her favorite class has been forensics.

Kinsley is the daughter of Rob and Kara Bean. Her older sister, Kyrstan Basinger, 26, attended UNCW, while her brother Keyan Clayton, 22, attended UNCC.

Her whole family, she says, is supportive of her foray into modeling.

“She wants to do it and she likes to do it, but she knows there’s a lot involved in modeling,” Kara says. “She only wants to do it if it’s the right opportunity.”

Kara acknowledges that models have to be “hangers” for clothes, and says that Kinsley is a healthy size.

“She is a beautiful, sweet, darling girl,” Kara says. “I don’t want modeling to affect her in any negative way.”

Kara notes that Kinsley puts modeling in its right place — a hobby she may pursue more seriously later on.

“It’s been really good,” Kara says of her daughter’s time on the runway. “I’m really proud of her. She’s a well-rounded kid.”