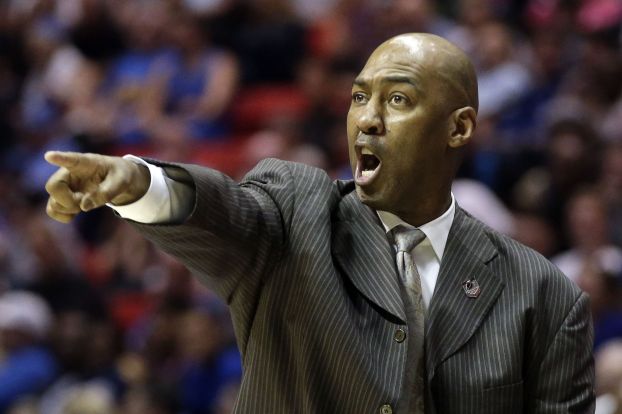 A person familiar with the situation says Wake Forest has hired Tulsa coach Danny Manning as its next men’s basketball coach.
The person spoke to The Associated Press on Friday on condition of anonymity because the school had not announced the hiring.
Manning attended high school not far from Winston-Salem, in Greensboro, before becoming an All-American at Kansas, leading the Jayhawks to the 1988 national championship and playing 15 years in the NBA.
Manning was 38-29 with two postseason berths in two seasons at Tulsa.
His hiring ends Wake Forest’s two-week search for a replacement for Jeff Bzdelik, who resigned under intense public pressure following four mostly unremarkable seasons.
Manning interviewed this week and toured the campus in Winston-Salem on Wednesday before taking the job two days later.