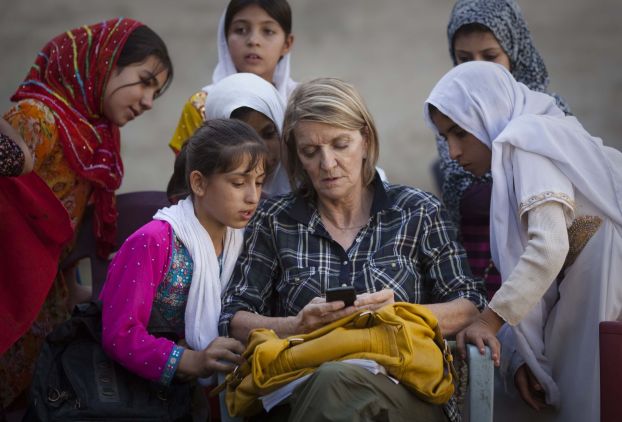 Your daily look at late-breaking news, upcoming events and the stories that will be talked about today:
1. WHAT’S NEXT IN MALAYSIAN PLANE SEARCH

An intensive hunt for pings from Flight 370’s black boxes begins with two ships covering a 150-mile stretch of the Indian Ocean.

Anja Niedringhaus died instantly after an Afghan policeman opened fire while she and reporter Kathy Gannon sat in their car. Gannon is reported in stable condition.

Just two weeks ago, the mother of a soldier killed in the attack was reunited with the daughter she gave up for adoption at birth.

4. QUESTIONS FOR HEAD OF U.S. AGENCY BEHIND SECRET `CUBAN TWITTER’

The USAID official is to testify in a hearing that could resolve key questions, including whether the Obama administration adequately informed lawmakers.

5. WHY EVEN PRIVATE HEALTH INSURANCE IS HARD TO GET NOW

The closing of the government open enrollment period for this year is having a ripple effect on insurers who also are declining to issue new policies.

That’s even though the state legalized recreational pot sales; advocates say it’s all part of a transitional period.

7. WITH LETTERMAN RETIRING, CBS LOOKS TO A NEW LATE-NIGHT STAR

But just who that will be, and what kind of show might develop to compete against NBC’s Fallon and ABC’s Kimmel, remains to be seen.

8. `MILWAUKEE MADE THIS BEER WHAT IT IS’

Pabst Blue Ribbon would leave Los Angeles and return to its Wisconsin birthplace, if a group of residents succeed in a long-shot effort.

Nearly 50 years after the 1964 World’s Fair in New York City, there’s debate about whether the decaying towers that remain should be restored, or torn down.

A popular Georgia restaurant at the center of a lawsuit that left the reputation of the famed Southern celebrity cook in shambles has reportedly closed.

Your daily look at late-breaking news, upcoming events and the stories that will be talked about today: 1. FORT HOOD... read more