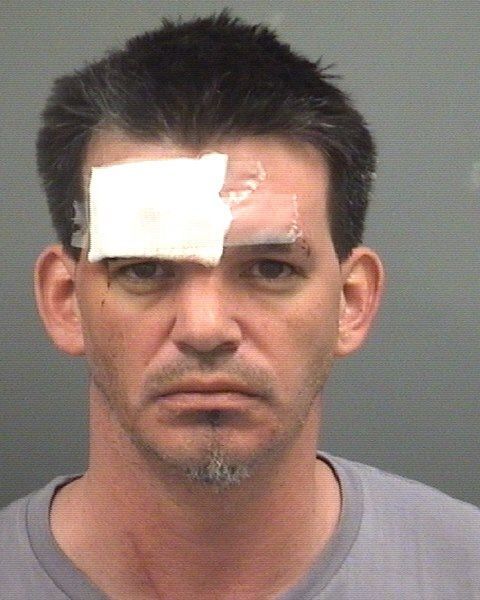 Police shocked a man with a Taser early Thursday to end a foot chase that started when he bolted as police tried to search him.
Edward Kretz, 37, was charged with resist, obstruct and delay of a public officer. He is being held at the Rowan County Detention Center on a secured bond of $1,000.
Around 3:15 a.m., an officer got out of his vehicle to check on Kretz’s welfare as he was walking on the 500 block of East Innes Street.
Police reports indicate Kretz was visibly impaired and smelled strongly of alcohol.
The officer asked Kretz how much he had to drink. He replied, “too much,” according to Salisbury Police Capt. Shelia Lingle.
The officer then asked Kretz’s consent to a search him. Kretz consented, but then “took off running,” Lingle said.
A foot chase ensued, ending in front of the fire department when the officer shocked Kretz with a stun gun.
Kretz received minor injures and was treated by Rowan EMS.
In other Salisbury Police Department reports:
• A man reported Tuesday someone stole property from a building in the 700 block of Lincolnton Road.
• Someone reported a larceny happened in the 200 block of Pearl Street between 5 p.m. Tuesday and 7 p.m. Wednesday.
• A woman reported being physically assaulted Saturday in the 100 block of White Oaks Drive.
• Darron Hugh Hamby, 53, was charged Wednesday with misdemeanor assault on a female in the 300 block of North Main Street.
• Michael Walter Merrill, 56, of South Jackson Street, was charged Wednesday with misdemeanor possession of a controlled substance.
• Robert Theodore Gibson, 59, was charged with misdemeanor vandalism in the 100 block of Depot Street.
In Rowan County Sheriff’s Office reports:
• A man reported an attempted breaking and entering between 4 p.m. Monday and 6:30 a.m. Tuesday at a home in the 2500 block of Lower Stone Church Road, Rockwell.
• A man reported property stolen from his car between 1 a.m. and 8 a.m. Tuesday in the 7200 block of Dogwood Lane, Kannapolis.
• A man reported his car broken into and property stolen between 1 a.m. and 10:30 a.m. Tuesday in the 2300 block of Woodsdale Street, Kannapolis.
• A Gregory Road, Salisbury, woman reported Nordstrom Direct called her around 1 p.m. Tuesday to say someone had made a fraudulent credit card transaction in her name.
• An Enochville Avenue, Mooresville, woman reported that she learned Saturday her identity had been stolen.
• Gerald Wayne Howard, 35, was charged at the Sheriff’s Office with misdemeanor assault on a female.
• Elizabeth Ann McCourt, 43, of Swink Street, China Grove, was charged with felony obtained property by false pretenses.
• Billy Ray Dry, of Wilcoy Park Road, Rockwell, was charged with misdemeanor breaking and entering a building.