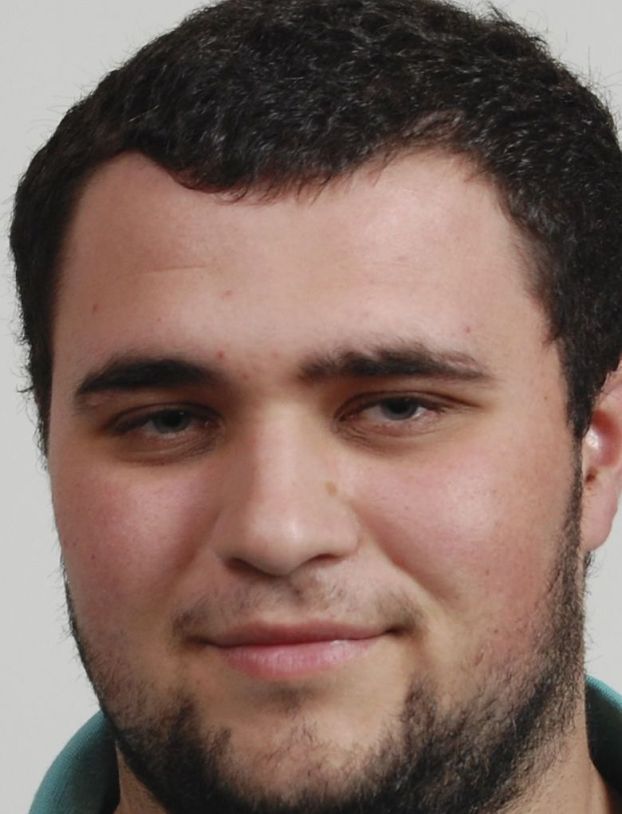 It’s been two years, two months and two days since Andrew Poston spent hours inside a holding cell in the Rowan County Detention Center. In one unforgettable night, Poston’s life was turned upside down after he was accused of selling heroin, charged by law enforcement and later indicted by the Rowan County court system.
But a Rowan County assistant district attorney deemed the UNC Charlotte student was wrongly identified and declared him innocent.
The night of the Iowa Caucus — Jan. 3, 2012 — the then 18-year-old was at home with his family when they heard a knock at the front door. Poston’s father answered and was surprised to see two deputies with the Rowan County Sheriff’s Office at the door. The deputies asked Poston a few questions, then told him they had a warrant for his arrest. He was being charged with felony selling heroin, felony possession with intent to sell and deliver heroin and felony conspiracy to sell heroin.
“At first I thought they were joking. I have never been in trouble in my life. I’ve kept my nose clean,” he said.
Poston said he doesn’t know anything about drugs, would never try them or sell them.
He was taken to the magistrate’s office and later booked into the jail. He was scared and placed in a holding cell with a “rowdy” intoxicated man, he recalled, as he waited for his parents to post his $2,500 bond.
Investigators conducting an undercover drug operation said Poston was one among other individuals who were selling heroin. During the same drug operation, officers also charged 22-year-old Nicholas Steven Watts, who later confirmed he did not know Poston.
Video of the drug deal showed Watts and a man believed to be Poston. Watts drove a Honda similar in color to Poston’s. But the vehicle Poston drove had a few differences, including a dent on the roof, different wheels, a UNCC sticker and pinstripes along the side.
At the time of an original meeting to set up the undercover buy, Poston says he was in a class, which was later proven to be true.
His attorney, James Davis, says Poston could not have been at that first face-to-face meeting with law enforcement and therefore had no part in the drug deal that law enforcement said he had a role.
On video capturing the undercover buy, a suspect in a similar car can be seen leaving a parking lot and within less than a minute, Poston’s car is seen on the video. An officer calls out a license plate number that actually belongs to Poston, not the earlier suspect.
The case was continued multiple times and eventually transferred from district court to superior court after Poston was indicted in June 2012 by a Rowan County grand jury. While Davis prepared to go to trial, Poston continued to go to college, but soon the political science major found it difficult to concentrate. Davis hired a private investigator to create a timeline that would track Poston’s whereabouts on the night of the alleged meeting with officers and the subsequent undercover operation.
“It became very clear he was innocent,” Davis said.
During one court appearance, Poston said Watts, who was charged with the same offenses, asked who he was.
A paralegal with the Davis Law Firm reached out to Assistant District Attorney Paxton Butler, who was handling the case, to ask if he would “take another look” at the evidence, Davis said.
The attorney credits paralegal Candace Brown’s persistence and the prosecutor with making the decision to look at the case once more.
He said Butler thoroughly analyzed the case before it went to trial and had the courage to say Poston was innocent.
“It’s rare and a testament to his character,” he said of Butler.
Davis said he knows it was not easy for Butler to say to law enforcement “you’ve got the wrong man.”
“It takes a lot of guts to do that. It’s the utmost measure of a man,” Poston said.
Davis said in this situation there was a search for truth and “in this case, both sides did it.”
In February, Butler filed a dismissal that noted in court records — “Mr. Poston is innocent. He was wrongly identified.”
This case proves it’s “incumbent on all of us to take a second look on what we first think is true,” Davis said.
He said he watched the weight of this situation “torment” his client and saw the “pain” he went through.
Davis said 75 percent of suspects are identified by an eyewitness. He says eyewitness accounts can often lead to misidentification, as was the case with his client.
“This case is a reminder to all of us that our system presumes people innocent and that we are the ones who carry that principle forward,” Davis said.
Davis said he believes people forget that the same thing could happen to anyone.
In 2012, Watts was found guilty of felony possession with intent to sell and deliver heroin. Charges against him for felony selling and delivering heroin and felony conspiracy to sell and deliver heroin were dismissed.
“I never lost faith. I never lost faith in God, in James Davis. I never lost faith in the justice system,” Poston said.
Through the ordeal the college student who once wanted to become a teacher has now decided upon being a lawyer.
Poston, now 22, credits his attorney with helping him decide he wanted to defend people in court. He says this experience gives him a unique perspective, one in which he’ll gladly use when he seeks justice for others.
“I think the system is set up to work, but unfortunately there are innocent people who are arrested and convicted,” Poston said.
Contact reporter Shavonne Potts at 704-797-4253.