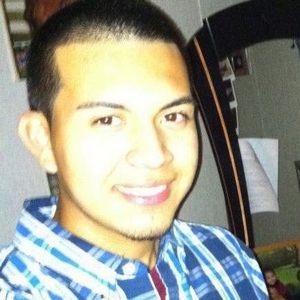 A teen charged less than three weeks ago with cyberbullying after he posted nude pictures of a 15-year-old girl online has pleaded no contest to the crime.

Juan Bautista, 17, appeared before District Court Judge Marshall Bickett on Wednesday. He was found guilty and sentenced to 18 months of supervised probation. Bautista and the victim are both West Rowan High School students.

Bautista spoke with a Post reporter after the brief court hearing, which he attended with family.

“I’m really sorry about what I did,” he said.

When asked if he’d gotten the idea elsewhere or if he came up with it on his own, the teen declined to answer.

This is not the first such incident where someone has created a public page on a social media site with nude or semi-nude pictures of young girls. Landis Police are continuing to investigate similar incidents. Other counties throughout the state are looking into similar crimes.

Investigators said the girl gave the nude picture of herself to a boyfriend who she has since broken up with and the photo was circulated amongst five boys. Investigators backtracked the photo to Bautista, who they say admitted he’d posted the single picture to the photosharing site, Instagram.

Bautista created the account, which only included one picture, and within 24 hours it was removed and the account was deactivated.

Instagram’s main feature is captioned pictures, and the site is owned by social media giant Facebook.

Sheriff’s Detective Clint Mauldin explained to the court the circumstances of the case. Mauldin said Bautista was open and honest about his actions.

Judge Bickett was concerned that he would need to implement an order barring Bautista from having contact with the victim, but the detective told the judge that the victim did not fear being around Bautista.

The teen’s attorney, James Davis, said his client was a nice young man and was cooperative with law enforcement. Davis said Bautista profusely apologized to the victim.

In their cases, Landis Police say several Instagram accounts were created and showed nude or scantily clad girls from area schools, at least one of those a middle school. Those accounts have since been taken down. The creators of those pages asked for submitted pictures and then posted the pictures. The page could be accessed by anyone with an Instagram account.

Similar accounts have cropped up throughout the state prompting authorities to seek help from the State Bureau of Investigation. The SBI is working in conjunction with nearly a dozen law enforcement agencies.