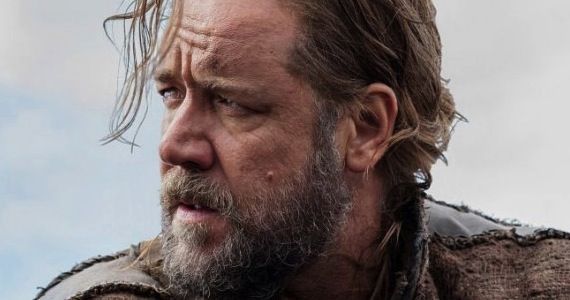 WASHINGTON — There’s nothing so helpful as a fatwa and threats of a Christian boycott to create buzz in advance of new movie.
“Noah,” scheduled for its U.S. release on March 28, has become such a target. The United Arab Emirates, Qatar and Bahrain have banned the movie because it depicts a prophet, which, as Danish cartoonists will attest, isn’t the peachiest of ideas in certain circles.
Even here in the land of religious tolerance, the National Religious Broadcasters threatened to boycott the film unless Paramount, the film’s distributor and co-financer with New Regency, issued a disclaimer that the movie isn’t a literal interpretation of the Genesis story. It is good to have fundamentalist literalists explain exactly what the Bible’s authors intended, especially since a literal interpretation would keep moviegoers away or put them to sleep.
To wit: In the literal tale, no one speaks until after (spoiler alert) a dove sent to find land returns with an olive twig in its beak, indicating the flood is over and the world is saved. In the movie version, people talk, which is awfully helpful in following the narrative.
Alas, under pressure, Paramount altered its advertising to say the movie was “inspired” by the Bible story and is not The Bible story.
Note the frequent use of the word “movie” in the preceding paragraphs. This is because “Noah” is … a movie. It is not a sermon or a call to prayer. It cost $130 million to make and is intended to entertain, inspire and — bear with me, I know this is crazy — make money. It does not presume to encourage religious conversion, disrespect a prophet or evangelize a snake, though it does glorify virtue in the highest.
I recently viewed the film and can confidently report the following: If you liked “Braveheart,” “Gladiator,” “Star Wars,” “The Lord of the Rings,” “Indiana Jones” or “Titanic,” you will like “Noah.” If you liked two or more of the above, you will love “Noah.” Your enjoyment increases exponentially with each movie checked above, though I should warn that “Titanic” made the cut for only one reason, the major difference between it and “Noah” being obvious. “Noah” also includes the essential love story or two, without which no story floats.
“Noah,” in other words, is a big movie. There’s plenty of action and enough gore and guts to leave young children at home. And, let’s face it, Noah is … Russell Crowe, from whom one wouldn’t mind hearing: “Would you like to see my ark?” We’ve come a long way, baby, from Charlton Heston as Moses in Cecil B. DeMille’s “The Ten Commandments.” Add to the cast Anthony Hopkins playing Methuselah, Yoda-esque in his ancient wisdom; Jennifer Connelly, who plays Noah’s wife; and Emma Watson as his adopted daughter. There are also Noah’s three heart-stopping sons, whom we witness evolving from innocence to self-knowledge as they question their father’s authority (sound familiar?) and try to resist Oedipal urges that surge to the surface with the terrifying brutality of a serpent’s strike.
Poor Noah, alienated from a world consumed by evil, aspires to goodness and justice even as he questions his qualifications to the task. Moviegoers are treated to a short course in original sin, magically presented with zoom lenses, a pulsating apple and, shall we say, reptilian dispatch. (“Anaconda” probably deserves an honorable mention on the list.)
This is all to say, the film is art, neither executed nor to be taken literally. And who are these experts who know precisely what the Bible’s authors intended? Among other criticisms are the implications that evolution and creation might be mutually inclusive and that man and beast are equal in the eyes of the Creator. Noah and his family are vegetarian and demonstrate respect for the Earth’s fragile balance.
Pure heresy. Next, we’ll all be driving Teslas and eating basil burgers.
To each his own interpretation, but at least one conclusion seems self-evident: The Bible’s authors were far more literary than we. They clearly had a keen appreciation for parable and metaphor, as well as a profound understanding that truth is better revealed than instructed.
If the literalists prevail, we just might need another flood.
Kathleen Parker’s email address is kathleenparker@washpost.com.

Underneath the coverup, it’s still me