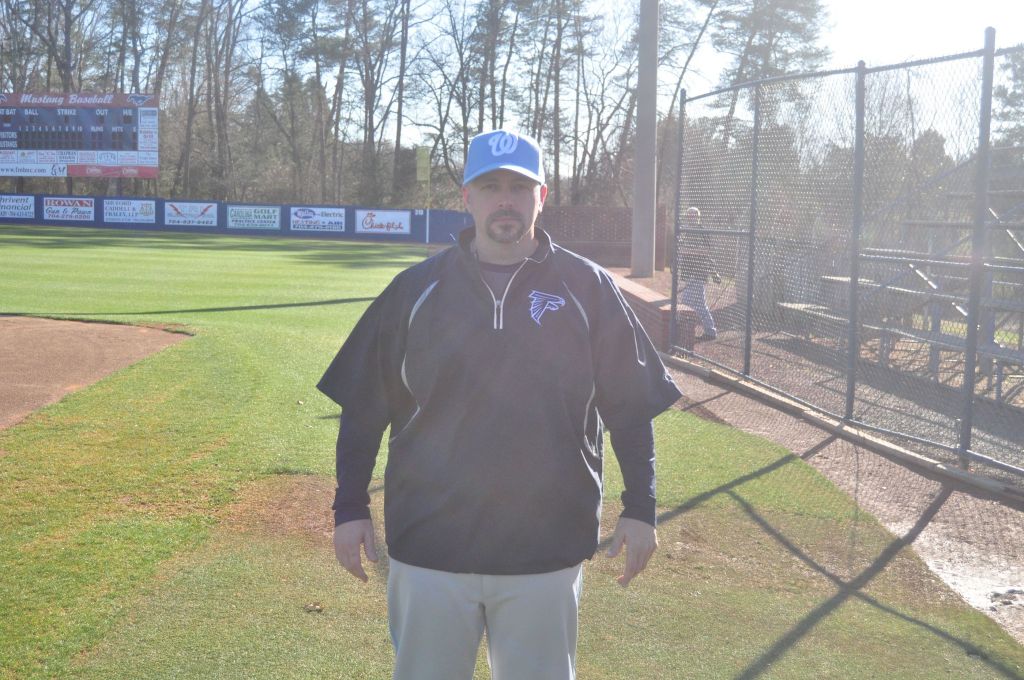 KANNAPOLIS — The SPC baseball merry-go-round is under way, and Northwest Cabarrus coach Joe Hubbard’s head is spinning.
“We had a chance to win both our games against South Rowan, but then South beats Concord, and Concord beat Hickory Ridge twice,” Hubbard said. “Then Hickory Ridge beats Cox Mill after Cox Mill split with East Rowan, and then East Rowan beat Carson, and Carson had to go 11 innings to win 1-0 against Central Cabarrus, so who knows what’s going to happen?”
While most still believe seventh-ranked Carson is the SPC favorite over the long haul, no one really knows where West Rowan fits in the league pecking order.
The Falcons (2-1) are the one team in the nine-team SPC that Hubbard didn’t mention in his around-the-horn tour of the conference, but based on Wednesday’s events, West might contend.
With Omar Bautista tossing an efficient two-hitter in cold temperatures, the Falcons cruised 9-1 at Northwest in their league opener.
“We caught it and threw it,” West coach Chad Parker said. “I was pleased with Omar’s pitching and pleased with the way we swung the bats, I can’t really be unhappy about anything.”
With South starting 3-0, East fans excited about Tuesday’s win against Carson, and Carson fans excited about being ranked seventh in 3A, West is the under-the-radar Rowan SPC team.
But the Falcons, coming off a 17-9 year, will be good if the defense stays steady. They have three experienced arms in Bautista, Michael Ball and Nick Collins and proven standouts in catcher Michael Pinkston and outfielder Harrison Baucom.
For the first time in a long time, Northwest doesn’t have any big-name players. It would be accurate to say that Hubbard, who has been around since dinosaurs ruled the planet, is the most famous current Trojan. NWC (0-3) really struggled against Bautista.
“Omar dominated throwing just two pitches,” Pinkston said. “He might’ve thrown one changeup, but we didn’t need the changeup today. Just fastballs and curveballs.”
Bautista (1-1) lost opening day against Lake Norman, but he bounced back with a strong performance.
“I felt good,” the junior right-hander said. “I was able to keep the ball low, I kept them off-balance and I kept my pitch-count way down. Just 78 pitches today.”
Bautista struck out only five, but he was more in charge than it sounds. He got 13 outs on groundballs, and Northwest didn’t hit a flyball until the fourth.
West’s regular shortstop Jeremy Simpson was limited to DH duties but may be recovered from an injury in a week or so. Freshman Austin Love filled in admirably.
“For a freshman thrown right into the fire, he did great,” Pinkston said. “When Jeremy comes back, we’re going to have options and we’ll be able to do some things.”
West’s 14-hit attack included three each by Noah Teeter and Baucom and two each by Pinkston and Ball. Collins doubled, Hunter Bernhardt had a pinch-hit RBI, and Micah Marsh whacked a second-inning homer.
“Micah’s showed us his power in BP when he makes contact, so we weren’t shocked,” Pinkston said. “As soon as it left his bat, it was like, wow, that’s out of here.”
Pinkston singled home Baucom in the first to get West started. Marsh’s homer triggered a three-run second that included RBIs by Baucom and Simpson.
West tacked on two runs with aggressive baserunning by Teeter and Baucom in the fourth to lead 6-1, and Pinkston’s two-run double highlighted a three-run sixth.
“Some pretty good at-bats,” Parker said. “We’re starting to understand what a good approach is.”
Northwest had two on with none out in the third, but Adam Rivers bunted back to the mound and Bautista threw out the lead runner at third base. Northwest had two singles and a walk in that inning, but Bautista limited the damage to one run. Then Bautista mowed down the last 14 Trojans he faced.
“The first time I’ve seen Bautista,” Hubbard said. “He was everything I’d heard he was.”