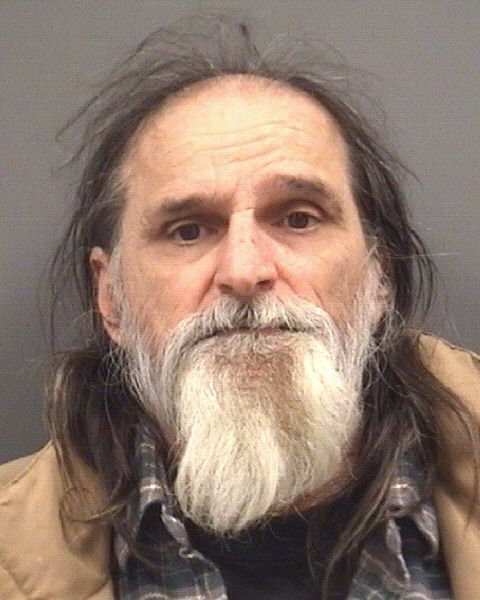 Rowan investigators say they’ve charged a Salisbury man who, for the past two years, has been taking metal and wire from a horse stable on a Providence Church Road property, less than a mile around the corner from his house.
The Rowan County Sheriff’s Office charged Michael Anthony Melton, 56, of the 200 block of Fortune Lane, with seven counts felony breaking and entering, seven counts felony larceny, 12 counts misdemeanor larceny, 13 counts felony obtaining property by false pretenses, one count felony possession of stolen goods, 10 counts felony injuring building/fences or taking possession of a house, one count misdemeanor injury to real property and four counts of misdemeanor second-degree trespassing.
The property owner, Ralph Ware, reported the most recent theft Feb. 3, and walked deputies around the property to show them where items had been taken. Ware had gone to the Sheriff’s Office a few weeks earlier to give investigators photos and evidence, a department report said.
Melton was arrested and charged Feb. 27, and remains in the Rowan County Detention Center under a $10,000 secured bond.
The deputy who spoke with the property owner found shoe prints in the mud that appeared to have been recently made. The officer followed the prints to a home in the 300 block of Fortune Lane. While there, the deputy spoke to a homeowner who told him she had lights that had been pulled out of the ground and she noticed a man who was “always in the woods.” The officer went to the home of Michael Melton to ask if he knew anything about missing metal.
Melton told the deputy “I’ll be honest. I did it,” a report said.
The deputy asked to see Melton’s shoes, which matched the shoe prints left at the Providence Church Road property. Melton told the deputy he’d been “taking metal from there a while now” and that he used the money he made through the sale of the metal to pay for medications he could not afford.
Melton is slated to appear in court later this month. Melton was convicted in 1994 of felony indecent liberties with a child.