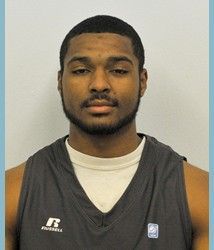 CHARLOTTE — Livingstone’s never-say-never men’s basketball team is through chasing history.
The Blue Bears etched their mark into the CIAA record book Saturday night when they swept past Winston-Salem State 83-68 and captured their first conference championship.
“It’s a humbling experience,” 10th-year coach James Stinson said at Time Warner Cable Arena, where LC avenged last season’s final-round loss. “But at the same time I’m happiest for our institution. Livingstone deserved this opportunity. It’s humbling, but we were in-the-moment and we stayed there.”
Livingstone (21-7) shot 52 percent from the floor (28-for-54) and hoisted the championship trophy for the first time in the tournament’s 69-year history. Senior guard MarkThomas scored 23 points, Jody Hill added 21 and junior forward Eric Mayo coralled 17 rebounds.
“Finally,” Thomas said after netting 79 points in three games and earning the tourney MVP award. “We finally got one for the school.”
The Blue Bears never trailed and led by as much as 54-34 after Hill hit a short jump shot with 11:37 to play. “We stayed aggressive,” he said after sinking three 3-pointers — two of them in the opening four minutes when LC jumped to a 16-7 lead. “Even then, we knew it wasn’t over yet.”
He was right. WSSU (18-11) mounted a ferocious second-half charge and drew within 58-51 when junior guard Marquez Jones turned a well-timed steal into a runaway layup with 6:36 remaining. “We were right there,” said Rams’ coach Bobby Collins. “We exerted a lot of energy to get back in the game. But a couple of turnovers back-to-back took a lot of the sting out.”
And the Blue Bears, top seeds out of the league’s Southern Division, made it hurt. Mayo stopped the bleeding when he drew a hard foul from WyKevin Bazemore — the junior forward’s fifth — and hit the second of two free throws. A minute later Thomas victimized Kerry Campbell on a mid-court steal and raced in for an open layup. Hill’s 12-foot jumper from the right side and Emarri Bailey’s lay-in, off a pinpoint pass from Thomas, gave Livingstone 66-51 lead with 4:46 to go.
“We didn’t really adjust like we should have,” said WSSU forward Preston Ross. “But they hit good shots, good contested shots. When you play against good defense theirs, it’s tough to come back.”
The Blue Bears made sure of that. Thomas was the maestro, orchestrating a symphonic finish. LC converted 11 of 12 free throws down the stretch, the last four by the CIAA’s leading scorer, and received late baskets from Hill and Mayo to maintain a double-digit lead.
When it ended Livingstone fans rushed the floor, tears flowed and bro-hugs were exchanged. And there this team of unlikely overachievers and their long-suffering faithful enjoyed a moment of paradise by the scoreboard lights.
“I just told them not to put a lot of pressure on themselves,” Stinson said after bringing all 15 of his players into the post-game media room. “Just to go out there, have fun and get the job done.”
It was, quite simply, a job well-done.
n

NOTES: Hill was chosen the game’s MVP. WSSU was the CIAA’s top rebounding team this year, but the Blue Bears matched them 42-42 off the glass. … Pairings for the Atlantic Region Division II playoffs will be announced next weekend. Livingstone qualified by winning nine of its last 10 games. “We don’t want (the season) to end just by going,” said Stinson. “We want to go there with a purpose.” …Thomas, Hill and Bailey were named to the all-tournament team. … Among the celebreties seated at courtside were actor Kevin Hart – who spent considerable time ribbing LC’s Anthony Welch — and actress Tatyana Ali, who starred on The Fresh Prince of Belaire.

KISSIMMEE, Fla. — B.J. Upton was suffering through the most dreadful season of his career and little brother Justin was... read more