Barber chooses not to file to retain commissioner seat 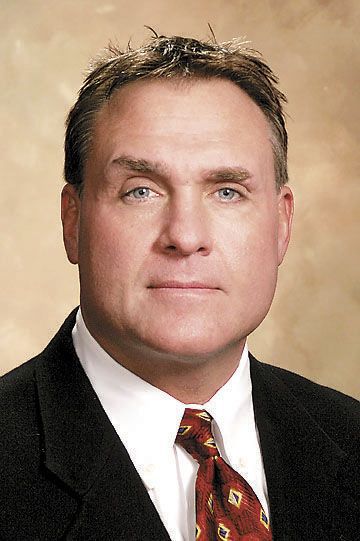 In the weeks between Feb. 10 and Friday, two-term Rowan County Commissioner Jon Barber never walked into the local board of elections office and filed to retain his seat.
In an email to the Post, Barber attributed his decision not to file as a candidate in the primary election to “time constraints.”
“With this primary election, our citizens have an opportunity to evaluate many candidates,” Barber wrote in the email. “I encourage our citizens to look beyond the political one-liners, campaign slogans and promises made that will be hard to keep.”
The most important question voters can ask candidates is what their plans are for leading the county to a prosperous future, Barber wrote.
Barber has frequently been at odds with a majority of the board since commissioners Craig Pierce and Mike Caskey were elected in 2012. Among other things, he has disagreed with them on buying the former Salisbury Mall, capital funding for the school system and ending use of the gas chamber at the Rowan County Animal Shelter.
Last year, other members of the board launched an investigation into allegations that Barber used county supplies for his personal benefit, making thousands of copies unrelated to county business.
Barber has disputed those allegations and said he made copies for initiatives in which he wanted the county to engage. He also said the investigation was retribution for his speaking out against the majority on several occasions.
The matter has been turned over to an N.C. Conference of District Attorneys program set up to investigate alleged white collar crimes.
“During my eight years as a county commissioner, I believe I’ve made a difference in the lives of our citizens and it has been my honor to serve,” Barber wrote in the email. “I will continue to make a difference in the lives of our citizens, but rather in ways that will be more effective. Once a public servant, always a public servant.”
Unless Barber intends to go out and solicit the signatures of 4,000 voters to be placed on the November ballot, his absence in the primary ultimately means two new faces will serve on the Rowan County Board of Commissioners.
Longtime Rowan County Commissioner Chad Mitchell is challenging N.C. Rep. Harry Warren, R-Rowan, for a seat in the N.C. General Assembly.
Now that filing has closed, eight Republican candidates and two Democrat candidates will be vying for the open commissioner seats.
Up until about 12:30 p.m. on Friday, Mark Lyerly thought he was part of that group and would be the only Libertarian candidate to file for commissioner.
He was wrong.
Rowan County Board of Elections Director Nancy Evans told the Post that Lyerly’s notice of candidacy was denied due to the 90-day rule for party changes.
“Therefore, he will not be listed on the ballot in the Libertarian primary,” Evans said. “The State Board of Elections stated that we had to nullify his notice of candidacy as being unlawful as he changed his party within the 90-day period prior to filing.”
The candidate list on the Rowan County Board of Elections since has been updated to exclude Lyerly.
Lyerly said Friday he was “numb” after getting the phone call from elections officials notifying him that he essentially could not participate in the election this year.
“(The elections officials) are good at what they do up there. I believe them,” Lyerly said. “It is just disheartening. You go around telling people you’re going to be running for commissioner, and then this happens.”
Lyerly said he is going to examine the email the Rowan County Board of Elections received from the State Board of Elections to see if he has any options to continue.
As far as going the route of soliciting 4,000 signatures from voters in order to skip the primary and run in November, Lyerly said “4,000 signatures is a whole lot of people.”
“Maybe I should back down, regroup and rethink it before going at it again in 2016. It’s a lesson learned,” Lyerly said. “The good news is I spent a lot of money this year that I don’t have to spend next time.”