A champion for openness 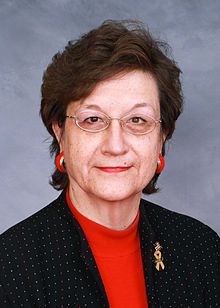 Laurels to N.C. Rep. Marilyn Avila for efforts to promote open government and free press rights. The Raleigh Republican was honored Friday with the N.C. Press Association’s prestigious Lassiter Award. The award is named in honor of the late William C. Lassiter, former counsel for the NCPA, and recognizes a non-journalist who has gone above and beyond in furthering First Amendment freedoms and government transparency.
The award isn’t given every year, but Avila richly deserved the honor this time around. Defying many in her own party, she repeatedly battled against proposed state legislation that would have given local governments the “option” to revoke public notice advertising in local newspapers and instead quietly stash away such information on municipal websites. This was a bad bill that would have distorted the intent of the public-notice requirement while giving local officials a cudgel to brandish against media coverage they deemed unfavorable.
Avila’s courageous and insistent voice was critical in rallying the bipartisan support that ultimately deflected the measure.
n n n

Dart to yet another attempt to remove a literary novel from a high-school curriculum. To its credit, the Watauga County school board voted to allow continued use of Isabel Allende’s “The House of the Spirits,” but only by a 3-2 vote. The book does include descriptions of rape and torture, but students in a sophomore English class have an option to pick another book. Worse than the attempted censorship were threatening letters sent to teachers.
n n n

Laurels to some good news on the obesity front. Federal health officials reported this week that obesity levels for children aged 2-5 dropped sharply between 2004 and 2012. In 2004 about 14 percent of that age group were obese; the new numbers showed a drop to 8 percent. The study (reported in the Journal of the American Medical Association) marked the first indication of headway in the battle against obesity in children, researchers said. Among possible causes behind the reduction are changes in the Special Supplemental Nutrition Program for Women, Infants, and Children (WIC) that limit access to unhealthy foods. The less encouraging news was that the prevalence of obesity didn’t budge for older children or most adults.