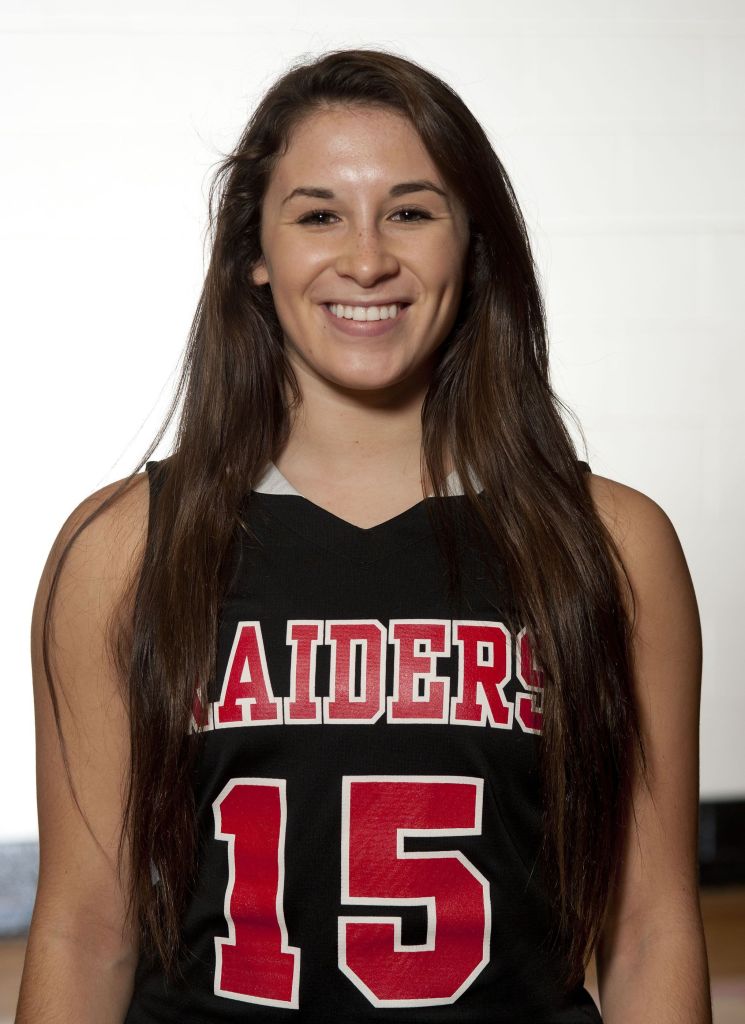 LANDIS — Fifteen years is a long time to wait.
But that’s how long its been since the South Rowan girls basketball team got to wheel out the dessert cart and help itself to a post-season victory.
“I’ll be honest with you,” coach Jarrod Smith said Monday after the 13th-seeded Raiders brushed aside visiting Southern Guilford, 71-57, in the first round of the 3A state playoffs. “When a year ago you win only six games, every one of these feels good.”
This one was especially pleasing to the eye. South (17-9) played with visible alacrity, shooting the ball with confidence and playing shutdown defense in the decisive fourth quarter.
“This is the first time any of us have been in the playoffs in anything,” junior sniper Avery Locklear said. “We buckled down.”
Locklear routinely zigged and zagged her way into scoring position matched her season-high with 29 points. Teammate Cassidy Chipman was even more foreceful. The 5-foot-10 junior played a fearless match — contributing 26 points, 14 rebounds and knocking down three 3-pointers.
“I just wanted to win,” she said while receiving post-game treatment for her still-injured left foot. “More than anything else I wanted to win.”
Chipman got off to a loud start when she stuck a three from the right side to open the scoring. Southern Guilford (13-10), the No. 20 seed, kept the game close by making six 3-balls in the first half.
“That was fine,” said losing coach William Whitaker. “But we’ve also been an inside team, an inside-out team. Tonight it almost like our post people went away. Give credit to South Rowan for that.”
South’s lead was only 55-51 after SG freshman Nokomis Williams completed a three-point play with 6:32 remaining. That’s when Lynsey Corriher — the Raiders’ lone senior — scored on a two-handed push shot from inside the lane, launching a 16-6 finishing kick. SG’s final points came when Khayla Miller drove the left side for a layup with 4:32 on the clock.
South, which scored the game’s first seven points, later scored the final seven.
“We were swinging the ball around, getting open looks for me and Cassidy,” said Locklear. “We’re both shooters. Once everyone got into a rhythm — firing open passes and looking for open players — it created good shots.”
The victory set up a second-round match with always-dangerous Carson on Wednesday night. The teams split a pair of regular-season SPC games.
“They win with defense,” Smith said. “And we tend to win with offense. The thing is, defense wins championships, so we’ve got to bring our defense.”