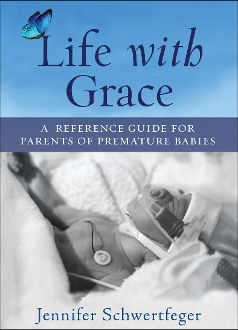 MANKATO, Minn. — When you sign on to become a parent, you’re signing on for a great journey — one full of exhilaration, weariness, heartbreak and profound joy.
And sometimes, you find yourself in the middle of absolute terror, fighting to save something that means more to you than your own life.
Jennifer Schwertfeger found herself in that situation a few years ago with her daughter, Grace, a child born 16 weeks premature.
She remembers hearing a nurse yell from her daughter’s room. She ran to her Grace immediately.
“I looked at Grace,” Schwertfeger told The Free Press of Mankato. “I could tell something was terribly wrong. She was clamping down on her lips, breathing very rapidly, she looked blue.”
Without thinking, Schwertfeger acted quickly.
She suctioned her, clipped her trachea tube, grabbed a manual resuscitator bag and began squeezing and administering CPR. For 15 minutes she worked to save her daughter’s life until, in the distance, she could hear the siren sounds of help arriving. Finally, a firefighter came through the door and Schwertfeger handed the bag off to him.
She saved her daughter’s life that day. And in the process, she learned something. In addition to learning the dangers of a tipped humidifier — water from the humidifier’s tank dripped through the tube and into the little girl’s trachea tube — she learned that it’s good to have a plan in place so that, when catastrophe strikes, she won’t be scrambling to figure out what to do.
Episodes such as this are at the heart of Schwertfeger’s book, “Life With Grace: A Reference Guide for Parents of Premature Babies.” Unless you’ve raised a premature child, she said, it’s difficult to understand the parenting challenges it presents.
Schwertfeger hopes her book can help people understand they’re not alone in such situations, and give them a place to go for ideas and answers to questions that, in many cases, are unique to parents of preemies.
Grace would be the second child for Michael and Jennifer Schwertfeger. The pregnancy was high risk, and doctors ordered bed rest for her at 14 weeks.
“Doctors told me to plan on a miscarriage,” Jennifer said. “My husband and I prayed for a miracle and resolved to do whatever it took to save it.”
Ten weeks later, Grace decided the time was now. Grace was born Oct. 7, 2004, via cesarean section at 24 weeks: 1 pound, 6.2 ounces. She was quickly baptized, then immediately put on a ventilator. She wouldn’t leave the hospital until the following June.
Grace’s short life has been beset with medical problems.
• Grace had chronic lung disease, being born at only 24 weeks. Her lungs were severely underdeveloped.
• She had a sepsis-bacteria infection in the blood and was treated with antibiotics.
• She had gastroesophageal reflux disease, a severe form of acid reflux, and needed surgery.
• Grace suffered from retinopathy of prematurity, where abnormal blood vessels grow and spread throughout the retina.
• A cardiac catherization procedure helped diagnose pulmonary hypertension and led Grace to her final surgery, a tracheostomy. That was removed in 2006.
Jennifer Schwertfeger has a degree in mass communications from Minnesota State University. She says she’s always loved to write. She found herself needing an outlet. Writing about Grace’s odyssey seemed like a natural fit, especially during times when Grace’s condition was dire.
“It was really difficult for us,” she said. “Grace went through so many surgeries.”
She set up a CaringBridge site and began journaling.
“My whole life I’ve loved writing,” she said. “Journaling was very therapeutic for me. I didn’t know how I was going to get through it.”
Eventually, she decided there might be a grander purpose to the meeting of her daughter’s story and her love of writing. She decided to turn that journaling into a book.
“Life with Grace,” which is due out soon, is Schwertfeger’s self-published effort to make her experience beneficial to other families of premature babies.
She sent it to a few publishing companies. But it wasn’t until her mom died that she got serious. She died in 2012 of cardiac amyloidosis.
“I promised my mom a few things after we found out (about her diagnosis),” Schwertfeger said. “And one of them was to get the book done.”
Today, Grace is thriving. Being a preemie brings certain challenges, and she’s progressing in school in regular and special education classes. Where once she was shy around strangers, the soft-spoken 9-year-old now isn’t afraid to greet visitors to the family at their home and answers politely.

And it isn’t just mom and dad who are there for Grace. Her big sister, Autumn, and little sister, Faith, are part of her support system, too.
She’s still got health issues. She’s needed nebulizers and inhalers her whole life, and she’s had more complication-related clinic visits and hospital stays than normal kids.
“But she is getting stronger each year that passes,” Schwertfeger said. “I want people to know that she has conquered so much over the years, like today, bringing home homework for math, something I didn’t think she would ever be able to do.”