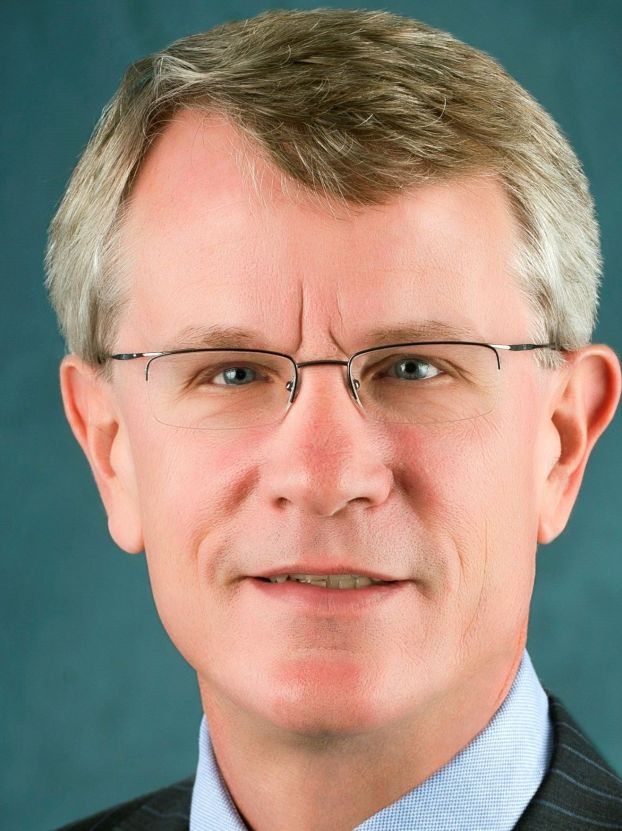 SALISBURY — A Novant Health executive said Obamacare has the potential to dramatically decrease the uninsured ranks, but not as it is being implemented in North Carolina.
Without an expansion of Medicaid, more than 12,000 people in Rowan County and 100,000 in the Charlotte region will remain in the gap, out of reach of Medicaid but earning too little to qualify for an Obamacare subsidy to help pay for health insurance, said Bob Seehausen Jr., senior vice president of business development and sales for Novant.
North Carolina is one of several states that refused to expand Medicaid. Without the expansion, the Affordable Care Act, or Obamacare, will not help people who earn less than the federal poverty level, or about $11,500 a year, Seehausen said.
“They get no relief from this because Medicaid wasn’t expanded,” he said Thursday at a Rowan County Chamber of Commerce breakfast at Trinity Oaks.
As a result, the uninsured will continue using the emergency room for primary care because it’s “free,” Seehausen said.
“The emergency room is anything but free,” he said. “But we will do our best to take care of them. The sad part is we could take care of them a lot better if they had a relationship with a physician.”
Employers and people who have health insurance and will continue to subsidize the uninsured, as well as Medicaid losses and Medicare, Seehausen said.
Rowan County has 24,125 uninsured residents. About half — 12,150 people — do not make enough to qualify for subsidies. Often referred to the “poorest of the poor,” these residents are in the gap and would have been covered by the Medicaid expansion.
Of the uninsured in Rowan County, 2,063 people earn at least $45,960, which is 400 percent of the poverty level and too much money to qualify for subsidies from the federal government. About 10,000 uninsured do qualify for subsidies.
Seehausen said Novant Health will continue to press for a Medicaid expansion, but he does not hold out much hope.
“We don’t foresee a Medicaid expansion in the short term,” he said. “It’s not in the political cards.”
Medicaid will continue to be a political issue and could be put out to bid for managed care companies on a regional basis, targeting implementation in 2015 and 2016, he said.
Seehausen predicted that absent any relief on Medicaid or commercial market uptake, the healthcare industry will have significant headwinds for the foreseeable future.
Roughly 326,000 people in North Carolina have registered with the online marketplace created by Obamacare, compared to 109,000 people in South Carolina and 201,000 people in Virginia. The registration rate in North Carolina is also higher than the national average, Seehausen said.
“Something is working,” he said. “Something is sticking with constituents in North Carolina.”
Seehausen said he was pleased to see the participation rate, considering that more than 20 percent of North Carolinians are uninsured.
About 63 percent of people in North Carolina who have registered with Obamacare are eligible for financial assistance.
The state has 205,000 people eligible for subsidies, compared with 59,000 people in South Carolina and 100,000 in Virginia.
Roughly 160,000 North Carolinians have selected a health insurance plan, compared with 41,000 in South Carolina and 74,000 in Virginia.
Health insurance reform has had an impact on Novant as an employer, Seehausen said.
Novant’s 2011 budget increased by $3.3 million or 1.9 percent to cover dependents up to age 26, one of the first parts of Obamacare that was implemented.
Novant’s 2013 budget increased by $780,000 or 0.5 percent to cover required contraceptive coverage and the health effectiveness research charge, he said.
Obamacare has placed a significant administrative burden on Novant to avoid financial penalty, Seehausen said. Novant has a large base of employees who average 30 hours per week — 3,189 employees, or 13.5 percent of its workforce — and will face a penalty for any of those employees who is not offered healthcare coverage, he said.

The Rowan County Airport Advisory Board has organized a special meeting slated for 10 a.m. Friday in the airport’s conference... read more