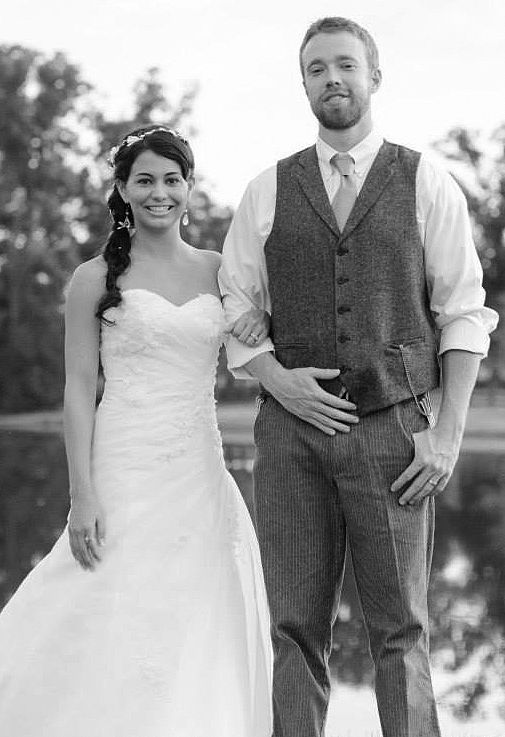 MONROE — Stephanie Chambers and Chase Keaton Corder were united in marriage Oct. 5, 2013, at Morning Glory Farm. The Rev. Tyson Coughlin, assisted by Pastor Mike Motley, officiated the 5 p.m. ceremony, which was followed by a reception.
The bride was escorted by her father and attended by Leslie Denton as maid of honor. Bridesmaids included Jessey Bradley, Crystal Fortner, Hannah Brown, Jordan Waller, Kirsti Williamson and Caitlin Anderson.
Brandon Sisk was best man, and groomsmen were T.J. Winecoff, Matt Cook, Brett Groleau, Willie Dancer, Jeff Richter and Steve Wright. Braxton Chambers was ring bearer.
Other wedding participants included brother of the bride Jake Chambers, Richard Hovater, Joanna Morgan and Morgan Adkins. Sandy Motley directed the wedding.
The bride is the daughter of Barry and Patti Chambers of Salisbury and the granddaughter of Ray and Sue Chambers of Salisbury, Jerry and Betty Graham of Mocksville and the late Joyce Graham. A 2007 graduate of East Rowan High School, Stephanie received a degree in Elementary Education in 2011 from UNC-Charlotte, where she was on the dean’s and chancellor’s list all four years. She is a second-grade teacher at Labelle Elementary School in Marietta, Ga.
The groom is the son of John and Paula Shelly of Hickory and Ron and Sherry Corder of St. Joseph, Mo. He is the grandson of Roberta Willie of St. Joseph, Lorna Corder of St. Joseph and Richard and JoAnn Shelly of Ocean City, Mo. Chase gradauted from Bunker Hill High School and earned degrees in Management, Marketing and Psychology at UNCC. He is a Business Operations Specialist at McMaster-Carr.
The couple are making their home in Kennesaw, Ga.