North girls get by Thomasville 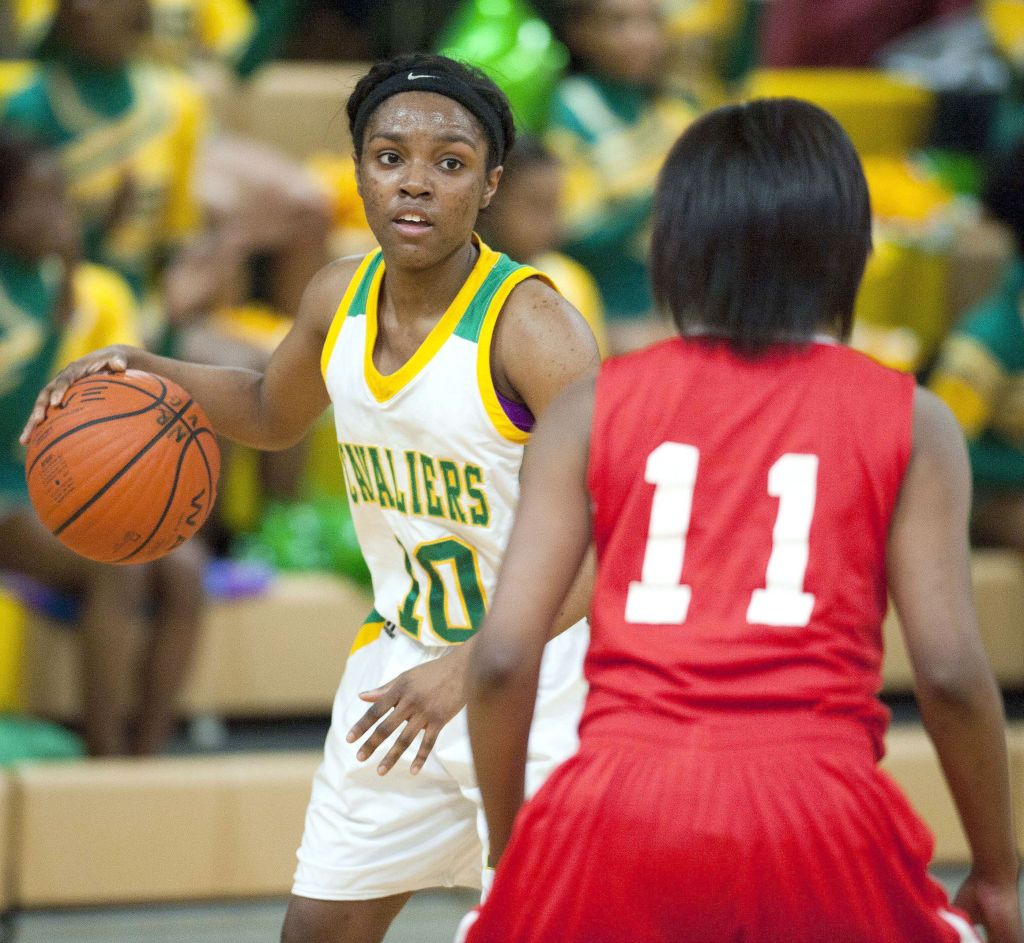 SPENCER — The only bad thing about being the Cinderella of the CCC is that you have to be home by midnight.
And North Rowan’s girls made it home just in time Monday night when they held on for a frantic 55-49 victory over visiting Thomasville.
“We can be really good when we shoot well,” coach Brian Lytton said after the Cavs (15-4, 7-2) clinched second place in the league standings. “And really bad when we shoot poorly. That’s part of what just happened. When things aren’t going well you want to settle down, set something up and get something real easy. We’re still struggling to do that.”
Were they ever. North was clearly losing its grip on what had been a 23-point, second-quarter lead when the final horn sounded.
“It got tense,” senior Nycieko Dixon said. “But it would have turned out the same.”
Dixon was instrumental in North’s jackrabbit start. She buried three 3-pointers — teammate Ashley Blaire added two others — and scored 13 of her game-high 21 points as the Cavs raced to a 21-9 first-period lead.
“It was a great first quarter,” Blaire said. “We didn’t force the game. The game came to us and we played as a team.”
North kept playing with an edge in the second period. The lead ballooned to 30-11 when Nixon scored on a floater from the right side with 4:37 remaining in the half and to 37-16 when Special Washington converted a 3-pointer with 1:42 on the clock. Seconds later the Cavs had their biggest advantage, courtesy of Dixon’s jailbreak layup.
“(Dixon) is a very good shooter,” Lytton said. “And she’s going to shoot when she’s open. She has permission to shoot whenever she feels good about it.”
There was little to smile about in the second half. Thomasville (13-6, 4-5) opened the third quarter with 13 unanswered points and quickly turned North’s all-you-can-eat buffet into a cordial sit-down dinner.
“It brought us right back into it,” said THS coach Brandon Staton. “We started moving the ball better and competing better.”
Lytton was asked what he remembered telling the Cavs during a pivotal timeout with 3:24 left in the quarter.
“Yeah, I remember,” he responded. “I said, ‘Set your offense. Run your offense. And by the way, you may want to play some defense.’ Because we weren’t doing either one.”
Thomasville drew as close as 50-45 when Christina Coleman drove for a layup following a North turnover with 3:15 to play. Half-a-minute later the Cavs secured the outcome when Blaire fired a cross-court pass to Dixon, who launched a 3-pointer from the right corner that rattled through the rim.
“It was a hope-and-a-prayer,” Dixon said. “But it went in. That’s what matters.”