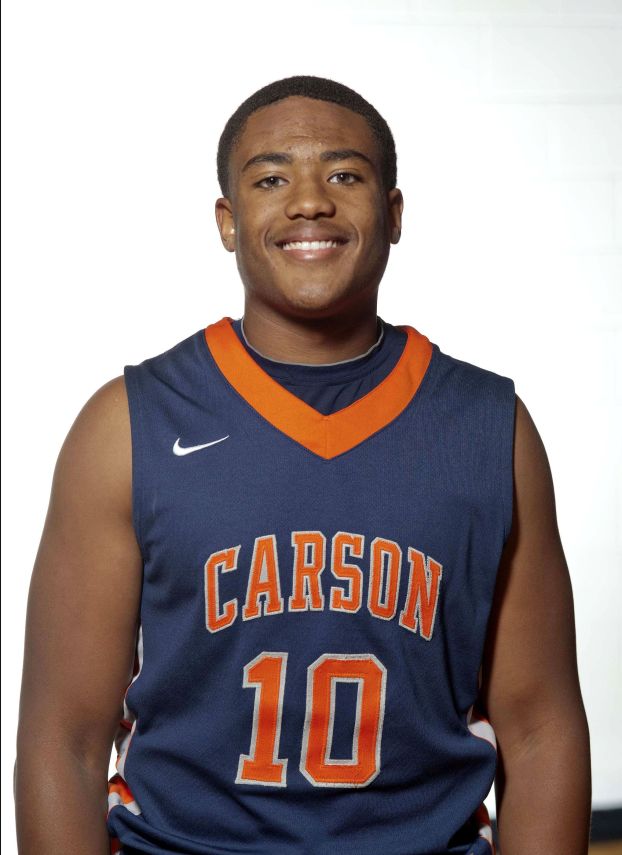 HARRISBURG — School records are fun, but not when you’re on the wrong end of them.
Hickory Ridge’s boys had never scored more than 88 in an evening’s work, but they blasted Carson 91-70 in SPC action on Monday.
It was Senior Night for three key Ragin’ Bulls — Nick Hough, 6-foot-5 Jared Tibbs and 6-6 Cameron Salmon.
“Guys that have been with us and guys we all think a lot of,” HR coach Robert Machado said. “The team wanted to win for them, and we started fast. It’s always great to get a double-digit lead early.
Carson’s standout seniors Colton Laws and Tre Williams combined for 39 points, which is usually enough for the Cougars to win, but there just weren’t many stops.
MyQuon Stout was outstanding — Stoutstanding, maybe? — on the glass, and Jonathan Rucker brought energy and jumpshots off the bench. Still, Carson dropped its third in a row.
Carson coach Brian Perry tried to shake things up, coaching in a blue sweatsuit to try to turn his reeling team around, but the Cougars’ first-quarter defense was as casual as their coach’s attire.
“Twenty-nine points in the first quarter,” Perry said. “That kind of set the tone. “We’ve got to figure out our identity. I thought we were a gritty, scrappy, get-the-loose-balls and take-the-charges kind of team, but that’s not who we look like right now. That’s 84 and 91 we’ve given up in our last two games, and that’s just not getting it done defensively.”
HR (10-12, 7-8) has excellent slashers in Hough, Avery Metcalf and Jaylen Stowe. They headed to the rim at will for acrobatic finishes that poured adrenaline on an already crazy crowd.
When Hough made an ugodly spin from the right baseline and finished strong as he was fouled, it was 9-2, and Carson (13-9, 8-7) spent the night climbing uphill.
Carson trailed 29-14 after that first quarter, and when Stowe went coast-to-coast to end the first half, the Cougars were down 45-29.
The second half opened with a Tibbs dunk and a trey by Hough for a 21-point lead.
Carson dug in. Williams and Laws teamed for 17 in the third quarter, and when Williams made three free throws, the Cougars were only down 57-49, and it was still a long way to go.
“It’s all about heart for us, and when we get that heart we can usually get on a good run,” Rucker said.
There was plenty of time left for a miracle, but then the Ragin’ Bulls scored eight straight, including a 3-pointer by Hough, and the lead shot right back up to 16.
Carson made its final desperate push, chopping the HR lead down to 68-60 when Rucker nailed a 3-pointer from deep in the left corner.
“That was one of those shots that should’ve been a momentum-builder for us,” Rucker said. “It was one of those we’ve-still-got-life shots, but we didn’t do it.”
There was still 5:29 left, but Carson faded away again.
“You’re winded and worn out when you have to come that far back,” Perry said.
Stowe scored five quick points when it looked like Rucker might have gotten the Cougars over the hump — and that was that.
“We stopped settling for jumpers and attacked the rim again,” Machado said. “That’s when we’re good.”