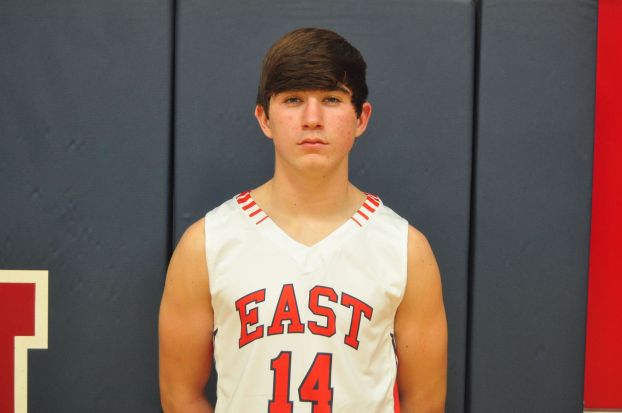 East boys can’t come all the way back

GRANITE QUARRY — Just one day after an emotional win at West Rowan, East Rowan Coach Trey Ledbetter knew his team might have a letdown. He was initially right on target but then his team showed some real character.
The Mustangs were completely dominated in the first half Wednesday night by red-hot Hickory Ridge and found themselves down and out at 50-25 early in the final half.
Then East flipped the switch and almost made a remarkable rally before falling to the Ragin’ Bulls 78-64.
Despite the double figure loss, the Mustangs (4-16, 2-12) turned up the defensive pressure and cut the deficit to 61-57 on a Sam Wyrick three with just under five minutes left.
East actually fired another three that would have cut the lead to one but misfired. Bull sophomore Avery Metcalf then capped off a remarkable 30 point game by scoring two layups then hitting four free throws to retake the momentum.
“I knew coming in we were emotionally and physically spent,” Ledbetter said. “ We invested everything we had at West last night and it showed early tonight. But we battled back. I am proud of the effort these guys put in night in and night out.”
The Ragin’ Bulls (8-12, 5-8) came out of the gate firing away and missed very little in the first half, especially the first quarter. Metcalf scored 12 in the opening period to spark a 27-12 margin then his freshman brother Andrew Metcalf and guard Jaylen Stowe picked up the pace to expand the lead to 45-25 at the half.
When the Bulls scored five quick in the second half to double the score at 50-25, East seemed way overmatched.
But the Bulls started fouling and East converted at the line. Austin Love, Wyrick and Harrison Bell, off the bench, scored key baskets to start the unlikely comeback.
Wyrick hit a pair of threes then Donte Means started stealing the ball and Josh Moses hit a big three point play. But three points was as close as the Mustangs could get as the Bulls converted 10 of 14 foul shots down the stretch. They were 22 of 28 from the line for the game.
“We got the stops when we needed to,” Ragin’ Bulls coach Robert Machado said of the close call. “We rebounded when we had to and we made out free throws. That’s what winning teams do. There are no easy outs in this league.”
Love had another strong shooting night for East with 17 while Means had 15 and Wyrick had 14 including a pair of threes in the fourth. East connected on nine treys in the game.
Avery Metcalf led with his 30 for the Bulls while Stowe poured in 20. Andrew Metcalf had 12 including a 3/4 court heave at the final buzzer that swished.
HICKORY RIDGE (78) — Avery Metcalf 30, Stowe 20, Andrew Metcalf 12, Salmon 6, Tibbs 4, Smith 2, Babson 2, Garner 2, Putnam, Chapman, Meertins.
EAST ROWAN (64) — Love 17, Means 15, Sa. Wyrick 14, Bell 8, Moses 5, Se. Wyrick 5, Wyse, Corpening.
H. Ridge 27 18 10 23 — 78
E. Rowan 15 10 17 22 — 64