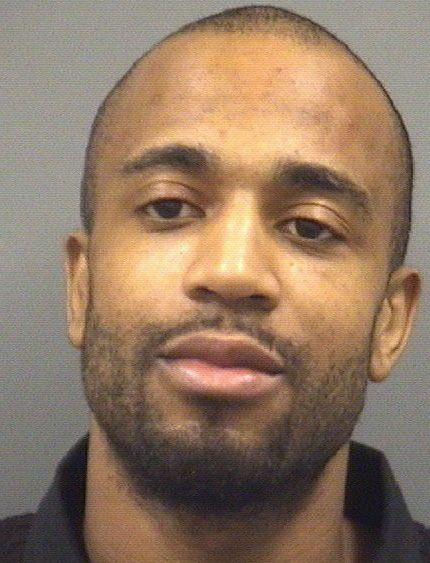 Police officers investigating a traffic accident near Lee and Fisher streets charged a Salisbury man after he began yelling at officers and would not disperse as a crowd of people left a local bar. Officers also charged his friend after he. too, would not leave the area.
Salisbury Police charged George Simeon Maxwell, 31, of the 100 block of Foxwood Lane, with disturbing the peace and resist, obstruct, delay an officer, both are misdemeanors.
A man later identified as George Maxwell, began yelling expletives at officers as people were leaving Benchwarmers, a bar in the area. An officer warned Maxwell, who continued to heckle officers, a report said.
The officer gave him multiple opportunities to leave, said Police Capt. Shelia Lingle.
She said when the officer told Maxwell he was being arrested, he took off running, but fell into nearby bushes. Police believe Maxwell was intoxicated.
A friend of Maxwell’s asked the officer if he could take him home instead. The friend, who police say was Larry Allen Wilson Jr., 35, of the 1000 block of Trexler Street, East Spencer, was told by officers it was too late and that Maxwell was being arrested.
Wilson was asked to leave, but did not. He was charged with failure to disperse, a misdemeanor.
Maxwell was issued a $1,500 secured bond and has since been released from the Rowan County Detention Center. Wilson was issued written promise to appear in court.
Contact reporter Shavonne Potts at 704-797-4253.