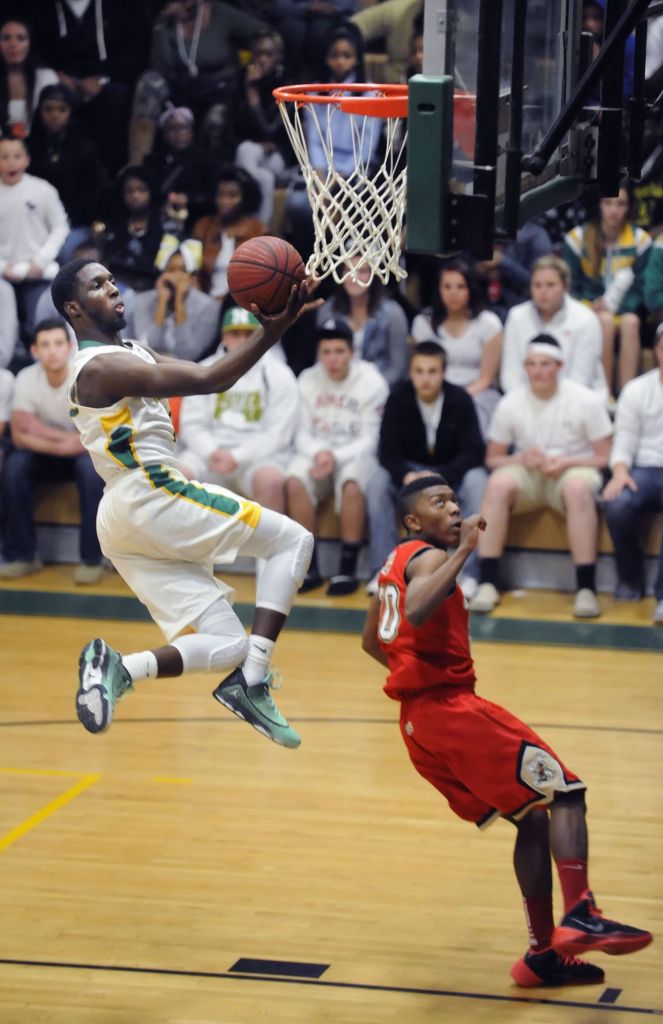 SPENCER — Salisbury boys coach Jason Causby wrote “Toughness” at the top of his keys to victory on the locker-room chalkboard, but it was a tough day to be playing at North Rowan.
Twenty-four hours after a loss at Lexington threw the CCC race into a scramble, the Cavaliers weren’t messing around. They jumped to leads of 8-0 and 12-2, never trailed and handled the Hornets 69-52.
Salisbury (11-8, 4-2) entered the game tied with North and Lexington at the top.
“It’s scary to get up 12-2 because you know you’re going to have to brace for a run and a comeback,” North coach Andrew Mitchell said. “But I appreciated that fast start, especially after we had a terrible start at Lexington and had to play uphill all night.”
Senior Michael Connor, on the road to 1,000, led North with 19 points and boosted his career total to 951. Josh Handy scored nine of his 12 in a flurry that finally iced victory. Jalen Sanders added 11.
“We didn’t have our attitudes right against Lexington, and Coach told us that even before that game,” said Sanders, who has recovered from a hip injury that slowed him in two games. “We needed to redeem ourselves. We talked about hitting Salisbury in the mouth right off — and not waiting around for them to hit us first.”
Causby also described Saturday’s furious action with boxing metaphors.
“I don’t know if everyone understands how fierce this rivalry is,” Causby said. “Any time these schools square off, we get each other’s best punch. If you’re not prepared for that, you’re going to get embarrassed.”
Salisbury didn’t get embarrassed. Alexander made sure of that with a double-double that included 15 points and 14 rebounds. But Alexander still couldn’t out-board North’s soaring Kenyon Tatum, who may have set world records in that department.
“I thought Kenyon’s rebounding was the key to victory,” Connor said. “We played better defense and rebounded better today than we did against Lexington. But you have to give Salisbury credit too. That’s a good team and those young guys played very hard.”
Drives by DeShawn Troutman and Corban Usry and three-point plays by Alexander, Jon Mark Petty and John Canipe kept the Hornets within striking distance most of the game.
“The first two minutes of the game we didn’t play well, but we came back, and then the last two minutes of the first half we didn’t play well and fell behind by 10 again,” Causby said. “We stayed right there, but it’s asking a lot to come back twice against a team like North — especially here.”
North (11-5, 5-1) won its fourth straight against Salisbury and its 13th in a row against Rowan opponents. The Cavaliers haven’t lost a county game since Salisbury and West, their two biggest rivals, beat them back-to-back in December of 2011.
The Hornets were only down 10 early in the fourth quarter, but then Handy scored nine points in 90 red-hot seconds, including a 3-pointer, to secure North’s victory.
“We’ve got a lot of guys who can score in bunches,” Mitchell said. “Handy is one of them. He’s had some runs like that this year.”
Causby said there were plenty of positives.
“North’s a great team, and we won’t play anyone any better this season,” he said. “It’s such a rivalry that it stinks to lose this game, but I’m proud that we never backed down. We never stopped attacking.”