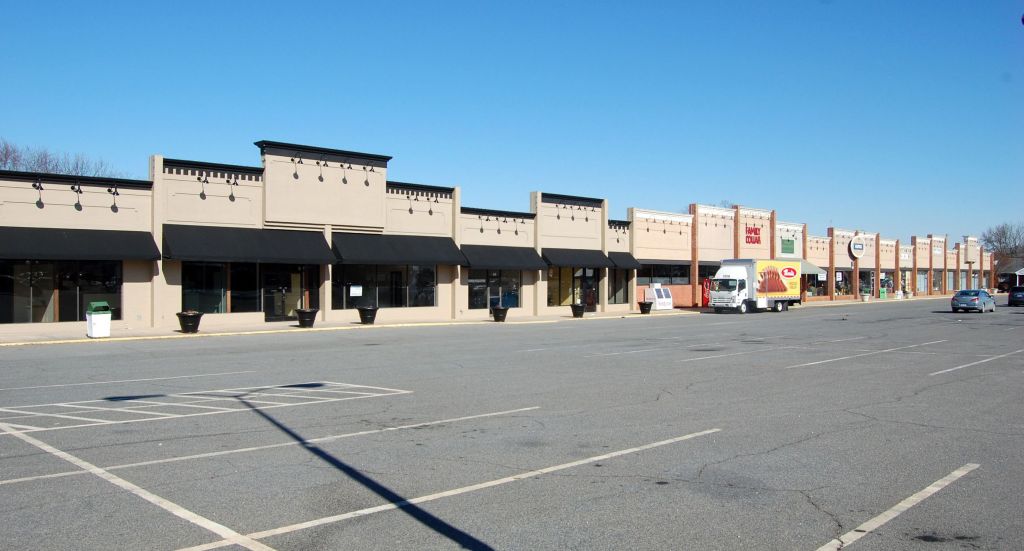 SPENCER — Together, Porky’s III barbecue and the standalone Family Dollar planned for the former Park Plaza will mark Spencer’s biggest retail and restaurant development in years.
New owners Joe Strickland and Rick Register won approval from the town’s Historic Preservation Commission to build a Family Dollar in the parking lot of the mostly vacant shopping center, dubbed Spencer Shoppes by former owners Karen and Henry Alexander. The existing Family Dollar will move into the new 8,000-square-foot building, which will be constructed from brick with a 21-foot arched entrance at the corner of Salisbury Avenue and Fourth Street.
Strickland and Register of Premiere Development in Landis did not return repeated calls from the Post, but an employee at the original Porky’s in China Grove said Porky’s III will open in Spencer in March or April.
Porky’s II is located in Landis. Register owns the restaurants, the employee said.
Price Wagoner, the director for land management services in Spencer, said the town has approved the new construction and developers are now working with Rowan County’s code enforcement department.
“I think it will definitely help solidify the downtown and bring more interest to the area, and it will also help the tax base,” Wagoner said.
The town’s Historic Preservation Commission sent the developers back to the drawing board once to come up with a design that better reflected the downtown historic district, Wagoner said.
Commission members wanted more landscaping and an all-brick building. The new construction also will feature pervious pavement in the back to alleviate stormwater runoff problems.
Developers will build a sidewalk on Fourth Street, Wagoner said, and use exterior lighting on the Family Dollar that will match the gooseneck lighting on the shopping center.
“They followed the guidelines for the commercial corridor pretty well,” he said.
Developers have started installing sleek new black awnings on the shopping center and painting the trim black to match.
The restaurant will occupy a major portion of the center, which has a few tenants including GB’s Internet Cafe, Bost Pools, Band Attic Music and B&P Antiques and Collectibles. Dr. Ken Washko owns his parcel.
B&P owners Bob and Pat Schmidt said they are cautiously optimistic about their new landlord, but they want parking lot activities like the Spencer Cruise-In to continue.
They are tentatively planning additional events for the spring and are circulating flyers encouraging the town to “keep the cruise-in alive.”
The car and truck show occurs on the first Saturday of each month from March to October.
The Schmidts have rented their spot for three years and said the new owners have promised to fix the heat, air and a leaky roof, as well as the sidewalk and parking lot.
The couple also hope to have better lighting inside the store, which is guarded by a less-than-ferocious poodle-Pomeranian mix named Rascal, who saved Bob Schmidt’s life four years ago by intercepting a rattlesnake before the reptile bit his leg.
Little Rascal took the venom instead and spent one week in the doggie hospital, costing his owners about $5,000. Worth every penny, they say.
The Schmidts, who live in China Grove, said they approve of the construction as long as it fits with the historic downtown and they can continue hosting the cruise-in.
If a new Family Dollar and barbecue joint will attract more customers, the Schmidts say they are all for it. Business in the shopping center has been slow, they said.
“We are really struggling,” Bob Schmidt said.