Troutman wins it at the buzzer for Hornets 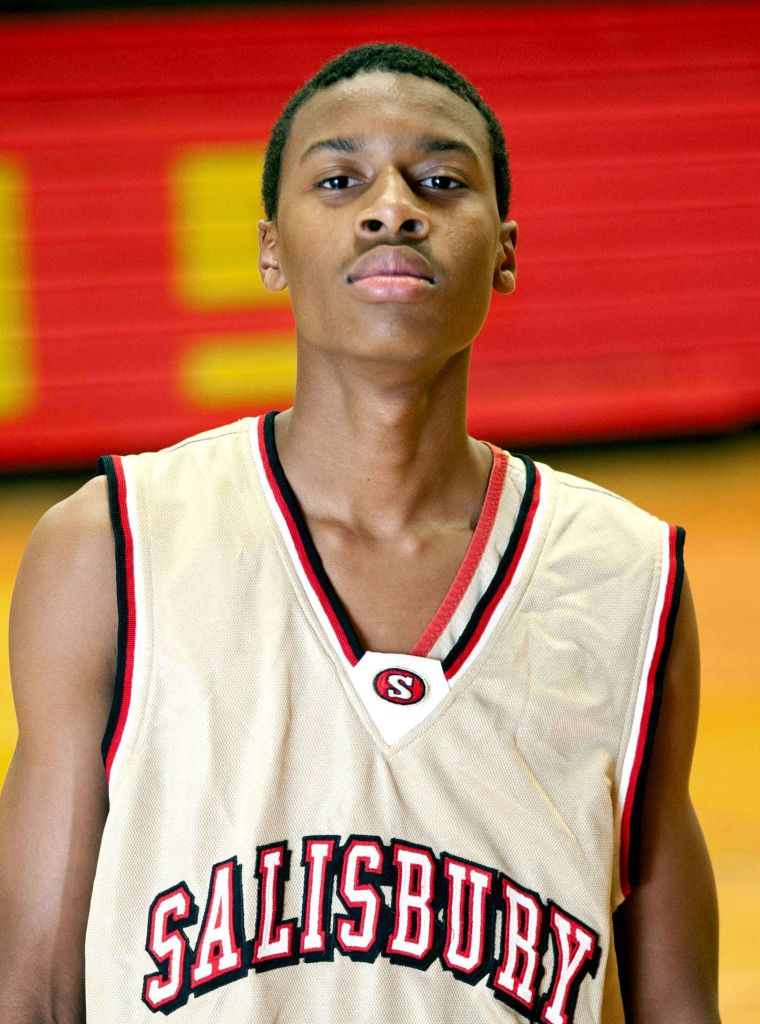 SALISBURY — In a close and intense game like this one, it was only fitting that it came down to the final shot.
And Salisbury guard DeShawn Troutman answered the call. With a tie score, the 5-foot-11 sophomore calmly drained a 22-footer at the final horn as the Hornets escaped with a 56-53 win over West Davidson Friday night.
“I knew it was in because it just felt good off my hand,” Troutman said. “My team gave me confidence to make a good play. I was just trying to get the win.”
While the final shot was dramatic, this Central Carolina Conference battle had many more elements of intrigue. West Davidson (3-13, 0-4) held a small but steady lead throughout the first half thanks to the shooting of Carson Beane and Zach Queen plus an air-tight zone defense.
The Hornets (10-7, 3-1) came out with a lot more intensity in the second half, especially on the boards to turn a 29-24 halftime deficit into a 30-30 tie at 4:00 of the third period. From that point there were three more ties and three lead changes as the Green Dragons led 41-39 after three.
Salisbury had fits with the West 2-3 zone early on but opened the final quarter with enough of a surge to turn the tide. They went on an 11-2 run to start the fourth as DJ Alexander (6-4) and Wes Fazia (6-7) dominated inside, especially on the offensive boards.
“My coach told me to step it up in the second half because the team needed it,” Alexander stated. The sophomore forward responded with 15 rebounds and 18 points.
The Hornets built their margin to 50-43 with just 2:15 left but West Davidson got a blocked shot from Nathan Little followed by treys from Beane and Queen to get right back in it.
Justin Bennett hit a short jumper to cut Salisbury’s lead to 52-51 with 40 ticks left. The Hornets got one back on a foul shot but Jacob Gobble hit a floater in the lane with 9.4 seconds left to tie it up at 53-53.
Following a timeout, Salisbury’s Troutman brought the ball the full length of the court. When the Dragons packed it inside with their zone, he calmly let it fly. The low arc looked short but cleared the front of the rim and swished just as the final horn sounded.
Ironically, it was the only three ball Salisbury hit all night but it did the trick.
“It basically was a read play where we wanted to see what they would do,” Hornets coach Jason Causby noted. “They showed pressure at first but then collapsed back into the zone. Troutman made a good read and a good shot to win it.”
Green Dragon coach Derrick Stokes confirmed the final strategy that was sound but just did not pay off.
“At the end of the game I thought we played it perfect. They just hit that big shot.” Stokes said. “Coming out of the timeout I said to make them beat you with the three, and I guess they did.”
Stokes, who praised his team’s first half effort for their maturity and intensity, said he much preferred giving up the deep three late in a game rather than allowing it inside for a lay-up or a foul.
Causby had the same take on the final play strategy and was glad to see his team pick it up in the second half after a poor start. “In the first half we were extremely lethargic and passive,” he said. “We knew basically how to attack their zone and it was a matter of just going out and doing it.”
He praised Troutman not only for the game winner but also for his floor leadership. He also cited Alexander and Fazia for their inside dominance in the second half.
Troutman led the winners with 19 plus 5 steals, Alexander followed with his 18 and Fazia added 12 points and eight boards.
Bennett led West Davidson with 14 while Beane, Queen and Grooms each had 11.
WEST DAVIDSON (53) — Bennett 14, Beane 11, Queen 11, Grooms 11, Gobble 4, Little 2,.
SALISBURY (56) — Troutman 19, Alexander 18, Fazia 12, Oats 2, Rayner 2, Canipe 2, Usry 1, Davis, Petty.
W. Davidson 16 13 12 12 — 53
Salisbury 15 9 15 17 — 56