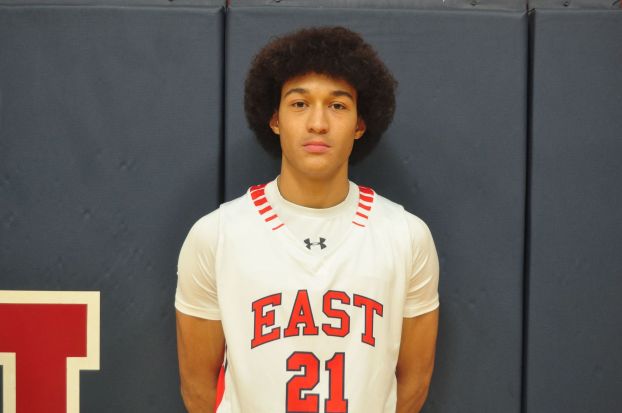 GRANITE QUARRY — Missed free throws meant a huge missed opportunity for the East Rowan Mustangs Wednesday night.
With a chance to escape the basement of the South Piedmont Conference, the Mustangs connected on just seven of 22 foul shots, wilted in the second half, and lost to Central Cabarrus 48-43.
“Free throws, you can put that in big capital letters ,” East Coach Trey Ledbetter lamented. “Because that was the story of the game. I told our guys we would have won by 10 if we had just hit our foul shots.”
While the charity stripe woes hurt the Mustangs (3-13, 1-9), there were other contributing factors. The Vikings (7-10, 3-6) bounced back from a miserable first half, got hot at the right time and did connect on their key foul shots. At the same time, East saw a 22-13 halftime margin disappear due to a 19-5 Viking run, as they failed to score in the final four minutes of the third quarter.
Led by forwards Brian Johnson and Hassan Klugh and Mason Hartsell, the Vikings pulled out to a 32-27 lead heading into the final quarter.
East held a 25-18 lead with 6:04 left in the third but managed just one more basket in the quarter. Central, meanwhile, scored the final 12 points of the frame.
The Mustangs finally got an offensive spark from sophomore Austin Love who scored 11 of his 14 points in the final quarter. His second trey with 1:55 left cut the lead to 41-38 then East caught up at 41-all on a Donte Means steal to feed Austin Wyse for the layup.
Each team hit a free throw to make it 42-all with 45 seconds left and it was clear that free throws would decide the outcome of this battle. It was a battle won by the Vikings. Johnson’s layup made it 44-42 then junior guard Shalen Thompson was a perfect four of four from the line in the final 30 seconds to secure the victory.
East had their chances but could not get the turnovers plus they connected on just one of four foul shots down the stretch.
“It was a good comeback win for us,” Viking coach Kenyan Weaks stated. “Free throws have been a weak area for us the last four games but tonight our guys stepped up, made some down the stretch and that gave us the win.”
They hit 10 of 17 including six of nine in the final period.
Weaks, the former Concord High, Florida Gator and European basketball star, took over the Central team in early January when Brian King resigned. CC has gone 3-1 since and thinks his team is on the right track.
“Our guys are just trying to do what we ask them to do,” Weaks said. “We are getting better and that is all I can ask of them at this point.”
Johnson led the winners with 13 points. Thompson added 10 and Kyran McClure had eight.
Ledbetter was upbeat despite his teams seventh loss in a row. “We executed very well and we did whatever we wanted whenever we wanted on offense. We just couldn’t make a shot in that third period.”
Love was the only Mustang in double figures at 14 points while Means had nine. Josh Moses (14 rebounds) and Sam Wyrick (eight boards) were singled out by the coach for their efforts.