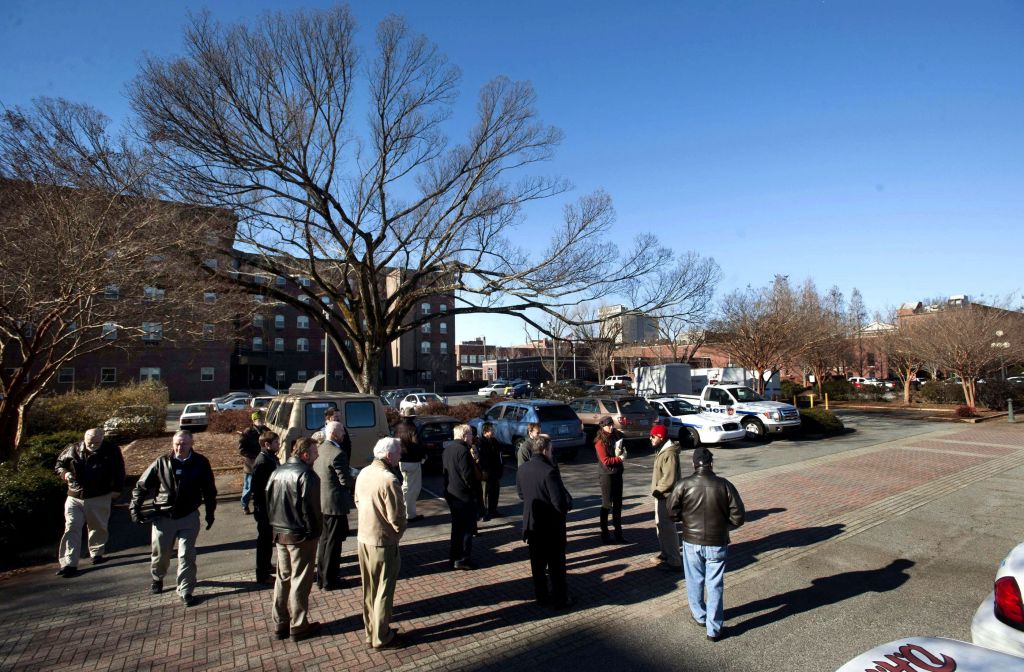 SALISBURY — A consultant who directed the renowned Pike Place Market in Seattle says Salisbury has “amazing buildings” and an “incredible population” but needs jobs and excitement to keep young people from leaving.
Aaron Zaretsky, founding executive director of Asheville’s Grove Arcade Public Market, pitched an ambitious and potentially controversial idea for downtown Salisbury at Wednesday night’s design workshop. He suggested putting a year-round, indoor-outdoor public market in the 200 block of North Lee Street.
Not just a farmers market, Zaretsky said, but a 25,000-square-foot gathering place where entrepreneurs, growers, artisans and others would rent stalls and draw people from a 20-miles radius for shopping, entertainment and fun.
Zaretsky, who has helped develop at least 45 public markets across the country, said such a market in Salisbury has “tremendous potential” and challenged more than 50 people who attended the event at the depot to take an active part in planning the facility.
Developing a public market is complicated and difficult and would take about four years and significant fundraising, Zaretsky said.
“But there is nothing that you can do to better bring people together and bring the community together to create a sense of loyalty,” he said.
Zaretsky spoke on the first day of a three-day design event aimed at coming up with a plan for a new farmers market and cultural plaza, a project temporarily dubbed the “centerpiece.” The location centers around the parking lot across from the depot, where police cruisers park.
The city, Downtown Salisbury Inc., the Tourism Development Authority and others won a $50,000 grant from the National Endowment for the Arts to pay for the design and planning process. Fourteen architects and landscape architects are in town for the charrette, interviewing stakeholders and receiving public feedback.
They had a two-hour lunch Wednesday with farmers from the Salisbury Rowan Farmers Market, which was temporarily located last year in the Wrenn House parking lot.
The design team members will present their ideas at noon Friday in the Lee Street Theater. The public is invited.
Ideally, the centerpiece would provide flexible space for a variety of uses, City Planner Lynn Raker said. A survey about the proposed plaza on the city’s website lists possibilities including outdoor theater, musical entertainment, sculpture, playground, edible garden, bike rentals and more.
The centerpiece would welcome visitors and, like the old sign that was attached to the Yadkin Hotel, announce “Salisbury’s the Place,” Raker said.
“That’s kind of what we want to recreate,” she said.
Zaretsky said Salisbury is not living up to its full potential. While the downtown has many beautifully restored, historic buildings, “there is not a lot going on in terms of actual use.”
“It’s like having a body with fabulous bones but no heart,” he said.
The centerpiece should be an active space that is vibrant and colorful and underscores the goal to keep young people in Salisbury, he said. Surrounded by food deserts where people do not have easy access to fresh fruits and vegetables, the public market could improve the health and nutrition of a significant portion of the city, he said.
But Zaretsky encouraged designers and others to look beyond Salisbury. Within a 20-mile radius of the police parking lot live more than 650,000 potential customers, he said.
“If you only think of potential customers as people who live in Salisbury, you are limiting yourselves,” he said.
While per capita income ($19,279) and median household income ($35,843) in Salisbury are only about 75 percent of the average in North Carolina, people in Salisbury spend more than the state average on retail sales. However, they make many of their purchases outside the area, he said.
“People are willing to spend money,” he said, but local retailers are not benefiting.
Zaretsky also urged organizers to find a way to provide training and start-up capital to African American-owned businesses, which he said are almost non-existent in Salisbury compared to national statistics.
“You have an opportunity with this project to turn this around,” he said.
Public markets generate jobs because they are labor-intensive and encourage nearby business and residential development, Zaretsky said.
Some questioned the location of the centerpiece project, saying the parking lot is too small. Zaretsky said he would turn the parking lot into open space for recreation and entertainment and put the public market in one of the surrounding buildings.
Contact reporter Emily Ford at 704-797-4264.