Carson boys light it up 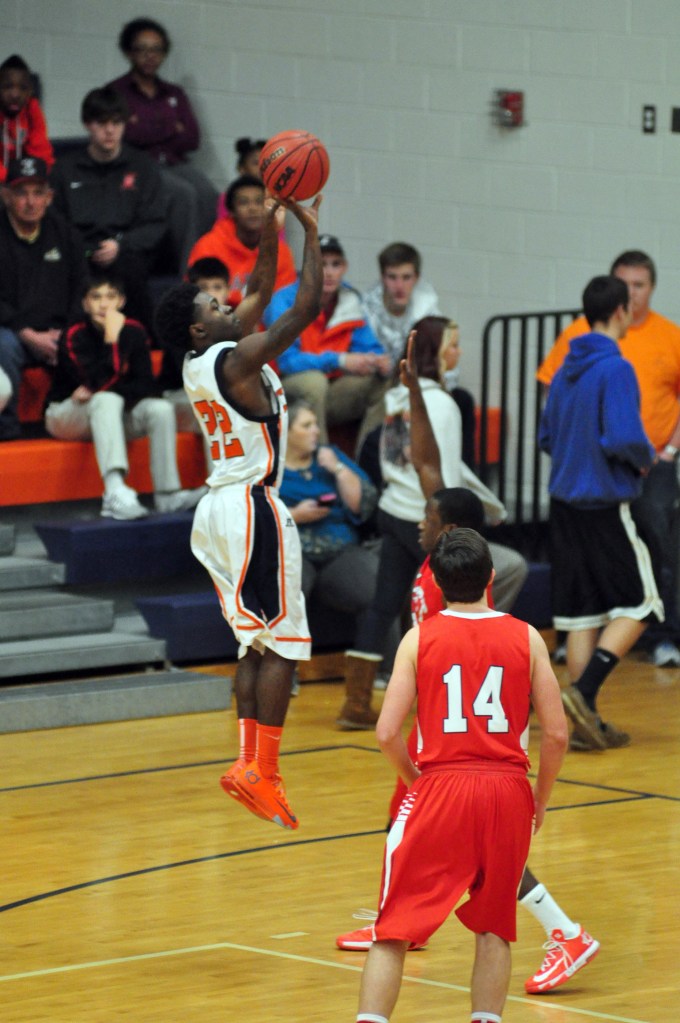 CHINA GROVE — Someone must have paid the electric bill at Carson.
The amped-up Cougars looked completely energized Tuesday night when they disposed of visiting East Rowan, 58-38.
“We needed that tonight,” coach Brian Perry said after CHS (11-6, 6-4 SPC) won for the third time in its last four conference games. “I thought Jonathan Rucker and Darren Isom came in and gave us some hustle plays and offensive rebounds. On a night like tonight when both teams are struggling to find energy, those are things that can put you over the top.”
The victory was Carson’s second straight since the league season reached its midpoint. East (3-12, 1-8) is drifting in the opposite direction. The Mustangs made only 12 field goals and suffered their sixth consecutive loss.
“We had no energy in the first half — none,” said ER coach Trey Ledbetter. “They got what they wanted, when they wanted, how they wanted it. They dictated the pace, which was our goal tonight. We wanted to dictate the pace and make them play catch-up.”
East never got the chance. Carson jumped to a 12-3 first-quarter lead and expanded it to 21-4 when Tre Williams buried a 3-pointer from the top of the key with 5:58 remaining in the half.
“It was all hustle,” Williams said after netting a game-high 16 points. “Energy and hustle. When you combine those two you get points, steals, rebounds — things that can change a game.”
This one was 34-13 at the break and stayed that way for most of the second half.
“In the first half they hustled a lot more than we did,” said East high-scorer Donte Means. “They got to the ball and executed.”
It was Means who temporarily sparked the Mustangs in the third quarter. He converted four straight three-point attempts, the last a 24-foot bank shot from in front of the East bench with 2:53 remaining in the quarter.
“I was just seeing the basket,” he said with a shy, post-game smile. “Just trying to get us back into it.”
Carson junior Jonathan Rucker wasn’t surprised. “That’s what East Rowan does,” he said. “Once they get on that roll they just keep coming at you.”
Not this time. Carson responded with eight unanswered points — 3-pointers by Williams and Jacob Raper sandwiched around Williams’ full-court, driving layup — putting the Cougars ahead 49-28 after three periods.
“What we did is what we do,” said Ledbetter. “We just don’t come out strong. When we do, the third quarter happens.”
Perry left with a wide grin on his face. “We got the ball to the right place at the right time,” he said. “That’s how you win.”
EAST ROWAN (38) — Means 15, Caldwell 9, Love 6, Sa.Wyrick 5, Wyse 3, Moses, Se.Wyrick, Corpening, Weinsensel, Hester, Soles.
CARSON (58) — Williams 16, Rucker 10, Hower 9, Laws 9, Raper 6, Stout 4, McCain 2, Isom 2.
E. Rowan 3 10 15 10 — 38
Carson 12 22 15 9 — 58